Addis Ababa, Ethiopia, 25 September 2019 – Adrian Gardiner, the Executive Chairman of Mantis, is the 2019 recipient of the prestigious African Hospitality Investment Forum (AHIF) Creating Impact Award for his Outstanding Contribution to tourism development in Africa. The AHIF is the only annual hospitality investment conference in the world to bring together the who’s who of the hotel investment community that drive investment into tourism projects, infrastructure and hotel development across Africa.

The 2019 conference is currently underway in Addis Ababa, Ethiopia and has honoured Adrian Gardiner, a renowned conservationist and serial entrepreneur, as the 2019 recipient of one of two highly acclaimed awards. Previous recipients include JW (Bill) Marriott who founded the Marriott group of hotels and Marylin Carlson, who founded the Carlson Group which owns the likes of Radisson, Country Innes & Suites, and Carlson Wagonlit.

Adrian Gardiner is well known for starting the first private game reserve in the Eastern Cape. He went on to replicate the Shamwari model in various locations around Africa. In 2000, he founded Mantis Collection and took his passion for creating exceptional guest experiences all over the world. The Mantis footprint is largely in Africa where the Group is currently the leading hotel operator in Rwanda as a result of many years of consulting work that Gardiner and his team have put into conservation developments in Rwanda.

A champion for sustainable tourism; Gardiner has been involved with many hospitality education and conservation organisations such as the Wilderness Foundation, Stenden University, and the African Wildlife Foundation. In 2018, Gardiner embarked on the next phase of his career to culminate decades of expertise and far-reaching influence to start the Community Conservation Fund Africa (CCFA) in partnership with Accor. CCFA brings together positive community impact, education and conservation to become the leading tourism NGO. CCFA works within the hospitality industry to develop wildlife management programs that can be adopted by rural communities to empower people as individuals and to preserve both the wildlife and the viability of tourism in Africa. The CCFA currently funds projects implemented by TUSK Trust, Wilderness Foundation Africa and African Parks.

AHIF has proven to be Africa’s premier meeting place for the region’s most senior hotel investors, developers, operators and advisors. It is the annual conference that connects business leaders from international and local markets to do deals across the region. Mantis’ CEO, Paul Gardiner, is attending AHIF as a panellist in the Conservation Talk and received the award his father’s behalf. 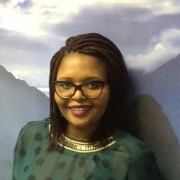 Bittersweet Win for The Oyster Box at 2019 Lilizela Awards