Participating in adventure tourism activities often require that instant decisions be made. You’ve been through the safety briefing, you know that the activity is safe, but time is passing and you’re still standing there frozen in a state of indecisiveness. You might be too scared to do it, because what if something goes wrong? What if you make a fool of yourself? What if it’s not perfect? An endless whirlwind of what-ifs marches through your head.

Unlike people who suffer from Aboulomania (a mental disorder of pathological indecision), many intelligent people lack the ability to make deliberate decisions at a given moment. Indecisiveness, on the other hand, is not deliberate and is based on irrational thinking.

If this sounds like you, perhaps the following tips will help to overcome irrational thinking.

1: Remember Why You Want To Do It

If it’s something that you really want to do, then remember why you wanted to do it in the first place! If you’re having doubts, then ask yourself: “Why do you want to do it?” Is it for you and you alone? Are you doing it to overcome an inherent fear so that others would praise you for it? If you can’t justify the on, then you probably shouldn’t do it.

2. Perfection is the Enemy of Moving Forward

Consider your or work environment for example. You take on a project and spend every second trying to perfect it. It takes you way too long to do, and you’re way past deadline. You’re offered another project, so you turn it down because you think you’re not ready for that step at all. But can’t you see? You’re so focused on perfecting it that you’re still stuck in place, missing all of the growth opportunities that come from setting goals. Life is messy, but it’s where you learn. It doesn’t have to be perfect now; you’ll get there in time.

Being able to make decisions has nothing to do with jumping on board with everything, nor does it mean to sign up unprepared. There’s nothing wrong with taking the time to slowly make a decision after you’ve taken your time to study it and weigh-up the pros and cons. You can try the 70/40 rule: before making a decision, make sure you know at least 40% about it, but no more than 70%. If you have less than 40% of the info you need, you’re just rushing into it without sound judgment. If you keep waiting for more than 70%, then you’re probably just procrastinating.

4. If It Takes Too Long, Close Your Eyes and Flip a Coin

Ever seen someone experience a dislocated joint? There’s a trick that surgeons do to locate it back into its original position, before putting on the cast and starting the healing process. They tell the patient that it’s going to hurt like hell, so they’ll count to three to give them time to prepare themselves.

One; the patient closes their eyes.
Two; takes a deep breath.
…; Nope, they don’t get to three. The surgeon pops it back into place right away, and the patient lets out a surprised howl of pain. But there, it’s done.

If you realize that you are taking far too much time to make a decision, then do whatever helps you make it once and for all: either yes or no, but no maybe. Flip a coin. Read a tarot card. In fact, according to this guide from Psychic 2 Tarot, if your life feels as though it’s at a standstill or you’re facing trouble about making a decision, a tarot card reading can act as a tool to help you move forward.

5. Set Deadlines For Yourself

Set deadlines for yourself, and stick to them. Leaving decisions open-ended will not only make you lazy and prone to procrastinating but will also make it feel like it’s okay. You don’t have to make any rash decisions or move any faster, because, why rush? While in fact, you’re just missing out on everything.

6. What’s the Worst That Could Happen?

So what if you mess up this time? You’ll learn from it. So what if you make a fool out of yourself? You’ll become stronger and kickass the next time. So what if it’s not as perfect as you want it to be? It will be next time. There’s always a next time to make it better, but if you quit now, there won’t be!

Whatever you decide to do can be right or wrong. The truth is, you’ll figure out soon enough that there’s no such thing as right or wrong in life, there are only choices. The biggest difference between one person and another is that one decides to own up to their decision and see it through. They take responsibility and learn from the experience, and then they know if they’ll ever make such a decision again – or never. The other person simply runs away from responsibility. After all, they think that if they never settle on a decision, they’ll never have to face consequences. What they don’t see is that they’ll also never learn or grow from it.

And that’s what makes adventure travel so exciting. It’s not just about the adrenalin rush. It’s about taking calculated risks, being decisive, and growing from the experience. We hope that these 6 tips will help to overcome indecisiveness and irrational thinking. 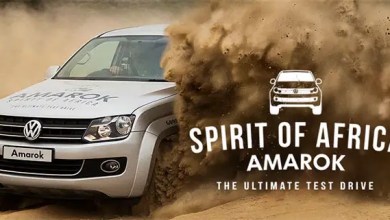 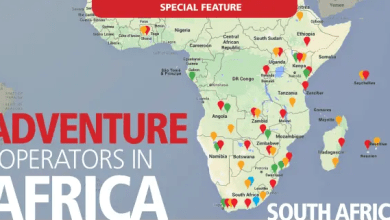 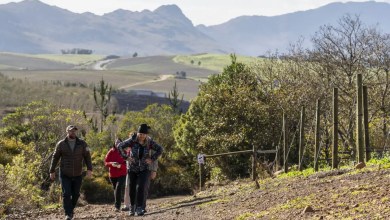