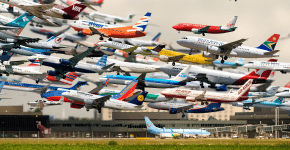 Working in isolation as competitors, the airline industry and hence tourist arrival figures to the Southern Africa region are doomed to fail, writes Martin Hatchuel.

I attended the Hotel Investment Conference Africa (HICA 2013), which was convened at the Elengeni Hotel in Durban from 8 to 10 May, and  looking at the programme I noticed that one of the panel discussions was called ‘Hard talk between airlines, tour operators, and hoteliers – What needs to be done to generate the required numbers of tourist to visit the region – address issues such as seasonality, geographic spread, increasing the tourist’s average length of stay and spend.’ So the prospectus description reads.

I thought the premise of the question was wrong, so I asked Michael Tollman, executive chairman and CEO of Cullinan Holdings, whether we shouldn’t rather be looking at what visitors want, and then working towards delivering on that? Surely we should consider demand, rather than what we want?

The most helpful way to answer me, he said, was to look at the problem from a global perspective. Southern Africa is just one destination, and it’s competing against many other major markets in which pricing and products are more competitive.

“We should be doing more to assess the trends in travel, and working together to grow the business. Look at Egypt before its current political problems: its tourism industry pulled together and their arrivals grew from almost nothing to 16 million a year. Southern Africa should be getting those numbers. This is a beautiful country with fantastic infrastructure” said Tollman.

Michael is a director of various companies that have interests in hotels, cruising, coach touring, tour operations, and more, and he said that their experience is that people want value and service.

“South Africa is expensive if you compare the price per mile or per hour against other long-haul destinations.”

He wanted to illustrate his point, so he got quotes for return flights on a given day in May for both business and economy class travellers from London to New York, Miami, Sydney, or Johannesburg. (“Business class tourists are of particular interest because they spend more.”)

“Travel and hospitality are like any other business – to be perceived as offering value you have to pitch your prices in line with what’s being charged in other markets.”

Other reasons why SA lags

This isn’t the only reason South Africa’s lagging behind, he said: there’s also the generally accepted perception about crime (and, I’d suggest, the way we report about it. But that’s another discussion.)

“I don’t believe crime should be an issue when it comes to tourism because if you look at the data, the number of crimes against tourists is negligible: crime generally doesn’t happen in the places where tourism takes place.”

Also, he said, visas are a challenge – and here I laughed because I’d recently idled through the back pages of The GSA, and read the visa requirements of the various countries, and shook my head at all the hoops they expect you to jump through before they’ll deign to allow you to visit. “It’s almost as though they don’t want tourists,” I said. Michael agreed. “It would be good to achieve a uni-visa for all Southern African countries, including Mauritius.”

In the end, though, he came back to that simplest and most difficult of business basics: value. “Tour operators, airlines, and hotels – it’s important that we all work together to give value to our customers. If they leave and we’ve exceeded their expectations, they’ll come back, and they’ll send their friends.”

Marc Cavaliere, Head of Global Sales Development at South African Airways, delivered a presentation titled ‘Airlift & Air Access’ which describes the current state of affairs in the Sub Saharan Market and the airlines focus on tourism. The presentation can be downloaded at www.tourismtattler.co.za/downloads/Airlift-and-Air-Access-in-sub-Saharan-Africa.pdf

This article was originally published as a blog on behalf of the TBCSA. For more insights from Martin Hatchuel visit www.thistourismweek.co.za