Hosting the Commonwealth or Olympic Games would not only allow South Africa to access a greater share of the global sports tourism market which is estimated to be valued at between R2- and R6-trillion, but also better position the country for tourism and inward investment, according to Grant Thornton, writes Trevor Neethling.

The eThekwini Municipality last week revealed that it was tabling a formal bid for Durban to host the 2022 Commonwealth Games. Durban’s decision to bid is yet to be ratified by national government, but SASCOC is already behind the bid. 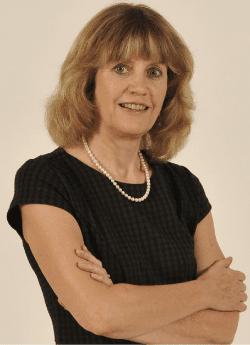 “In order to ensure that South Africa, KwaZulu-Natal and Durban maximise these benefits, governments must determine their overall objectives in hosting the Games, implement an appropriate plan to attain these and then measure whether it has viably achieved these objectives or not.

“Whether it’s the economic impact; national pride; city and country brand development, sports development and health; or improved infrastructure and sports facilities, the Games can be a very effective tool to achieve a host of immediate and legacy elements.”

Saunders said that hosting either the Commonwealth or Olympic Games would significantly boost Durban’s profile as a South African, African and global city which would lead to further large event and sports tourism opportunities for the region down the line.

“Durban has a different status to a Cape Town or Johannesburg and hosting such a global event would certainly boost its reputation on the world stage,” said Saunders.

However, she cautioned against trying to host both events within two years of each other as some senior government officials have suggested.

“To achieve maximum benefit it is best to have at least an 8- 10-year gap between such mega events. Besides the cost implications 10 years is about right time to reap the rewards of the international exposure, local infrastructure development and civic/national pride and cohesion that these events generate,” she said.

“Competing bids for a one-city, multiple sports code event in a similar time period also might be viewed unfavourably by the Commonwealth and the IOC.”

Apart from hosting mega events, however, Saunders said the country, and destinations such as cities, need a cohesive multi-year sports event plan which factors in not only the mega events but all other levels of events from small local events, to national and regional as well as smaller international events.

“Sport tourism is actually huge and is defined as any form travel which includes travel to participate in sports, to spectate, to work in sport, assist or support sport as well as to visit sport attractions. Sport participation as a travel motivation is increasing. If you look at the growth of cycling for example, there is significant spending on accommodation, equipment and travel to and from events,” she said.

Saunders said the Port Elizabeth IRB Rugby 7s was an excellent example of the economic and brand building benefits for a city. In total approximately 6,000 foreign and 21,000 domestic visitors descended on the city for the event in 2013.

The average foreign visitor spent R8,500 for a 4 or 5 night stay; domestic visitors about R3,500 and locals about R344. In 2013 Rugby 7s generated R117m in spend for the city.
“This is evidence of just how sports tourism can lead to significant benefits for a city on any scale really,” said Saunders. “From school tours to mega events, there is much scope to take advantage of the opportunities presented by sports travel.”

Saunders said there would be growth in a number of sports travel sectors. “We see ongoing growth of sport participation as a travel motivation, particularly linked to healthy activities; an increased growth of the sports visitor attraction often known as sports pilgrimage, where travellers visit iconic sporting facilities – think Lords, Camp Nou, Old Trafford, Assen, and further increases in travel for new sports, extreme sports and sport hybrids,” she concluded.