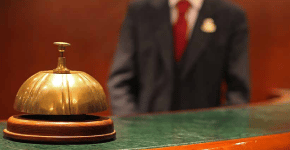 According to latest PwC report, Africa’s hospitality sector is poised for further strong growth in the next five years, despite the stagnating economic climate, writes Lindiwe Magana.

Nikki Forster, PwC Leader of Hospitality and Gaming, says: “South Africa’s hotel industry is more positive about the outlook for the future of the industry after a difficult period marked by a combination of an oversupply of hotel rooms and expectations of growth in demand.

“Hotels are expected to be the fastest-growing category over the next five years. As in 2012, we expect the demand for rooms to again grow faster than supply and for the overall occupancy rate to increase.”

On the other hand, domestic travel fell 8.5% in 2012 possibly reflecting a slower growing economy.

In 2012 hotel room revenue increased by 11.4%, “We expect relatively little incremental growth in capacity during the next five years, as demand rises to fill the supply,” says Forster.

With just a few new hotels now opening and others being upgraded, the number of rooms is expected to increase by 1.2% in 2013 and to then grow at rates averaging just below 1% annually through to 2017. By 2017 there are projected to be 63 000 hotel rooms available. Hotel room revenue is expected to expand to R16.8 billion in 2017, up 9.5% compounded annually from R10.7 billion in 2012. The increase in foreign overnight visitors benefited five-star hotels more than any other sector with room revenue increasing by 18.7% to R1.2 billion. “We expect five-star hotels to continue to benefit more than three- and four-star hotels from the increase in foreign tourism during the next five years, the result of continued growth in business travel and an increase in tourism from other BRIC countries,” says Forster.

Nigeria is expected to be the fastest-growing market over the next five years, exceeding South Africa and Mauritius in terms of growth. 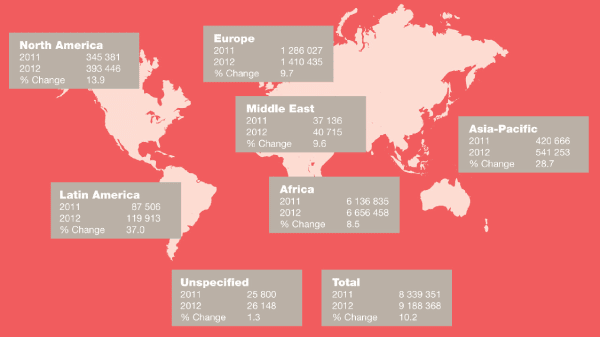 Mauritius is currently a much more developed market than Nigeria in virtually all categories. However, Nigeria is expected to overtake Mauritius within the next five years to become the larger market.

The online environment has changed the hospitality industry, particularly that of guests’ behaviour. In the past, discussions of people’s experiences of business and leisure accommodation was limited to speaking to a few friends, either in-person or over the phone. Today the voice of the guest tends to reach a lot further by use of the online environment. Both guests who had good experiences and those who had bad experiences can now comment, tweet or blog about them.

Negative guest reviews and bad experiences can be costly for a business. “Listening to the voice of the guest minimises this risk and provides an opportunity to read guests signals, react to their requests and redesign the experience to give them what they are looking for,” says Forster. She points out that the need to resolve issues as and when they happen has become even more important since the advent of digital technology that may eliminate the check-out process.

Although some South African hospitality companies have come a long way in reporting on their businesses in an integrated manner, there is still some room for improvement. The companies that have reported to date, all report on economic, social and environmental issues. Some of the ways in which they have chosen to manage environmental issues include calculating carbon emissions.

Forster concludes: “Five years on from the financial crisis, there are signs that the world economic environment is beginning to stabilise in certain parts of the world and this is evidenced by the increase in foreign visitors to South Africa.

“While the industry within South Africa should be cautious before embarking on further hotel developments, South Africa with its wide range of hospitality offerings, attractions and history, is well placed to take advantage of the improving economic conditions in both the business and leisure tourism markets.”

The full report can be downloaded at www.tourismtattler.co.za/downloads/hospitality-outlook-june-2013.pdf

Note: Historical data was derived from PwC’s analysis of Smith Travel Research (SRT) and local country data combined with other information on industry trends. Forecasting models were then developed based on the historical performance for each category, including economic performance for South Africa and the rest of the world, and estimates of domestic and international overnight travel in South Africa. Announced plans for expansion by hotel operators were also taken into account, as well as competition pricing trends and the expected reaction of proprietors to changing occupancy rates. For more information visit: www.pwc.com