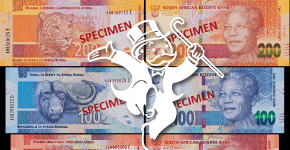 According to the TopEnd 2013 Survey into the country’s most affluent individuals, almost 10% of these ‘economic astronauts’ have a household income of R500 000 or more a month, while 36% earn in excess of R200 000 a month.

Their level of income has allowed them to accumulate substantial assets: the average value of their fixed property is R6,2 million, 42% own more than one residential property (3% own six or more) and their average share portfolio is worth R2,6 million.

TopEnd 2013, the second survey into SA’s economic upper echelon from RamsayMedia Research Solutions (RMRS), tapped into 1,6 million top-earning households, those with a monthly household income of at least R30 000. Of these, the researchers identified the five percent at the very tip of the wealth pyramid, some 80 000 individuals with a monthly household income in excess of R100 000 – enough to fill the stands and the field at Loftus Versfeld stadium. And there were some surprising results.

Among these: the total TopEnd group shows a leaning towards entrepreneurial activity, but when it comes to the über-rich, a remarkable 73% are employed in a company, with only 20% ticking the self-employed box. SA’s millionaires haven’t got rich on their own, they are corporate climbers.

Understandably, financial wisdom is key to this segment of the market; 40% have some kind of sideline income in addition to their corporate jobs, with 59% earning monthly income from their investments.

“As time passes, we can expect to see a few things happen to this segment, notably a slow and steady shift in the 76:11 ratio of white to black millionaires. But it’s important to remember, that will represent an expansion of the segment rather than one group diminishing – once you’re in orbit, you really have to mess up spectacularly to come back down to earth,” commented RMRS partner, Alan Todd. “In that respect, the fact that 70% of millionaires feel they are much better off now than they were five years ago speaks volumes for the onward and upward march of South Africa’s most affluent consumers.”

The research results are contained in The Millionaire’s Report, the first of five reports to be released by RMRS. Others will focus on TopEnd housewives – the people who actually spend most of the household income; TopEnd black South Africans – those with a personal monthly income of more than R25 000 a month; TopEnd entrepreneurs – self-employed risk-takers; and TopEnd technology and online activities.

The TopEnd 2013 Survey was conducted in partnership with Caxton, Edcon, DStv, Pick n Pay, Nandos, YFM, Toyota, Lexus and Sanlam. Their combined customer base allowed RMRS to reach a record 49 000 respondents, making TopEnd 2013 the biggest, most in-depth survey ever conducted into the habits, attitudes and behaviour of the SA’s most affluent consumers: the top 11% of economically active South Africans who account for almost 50% of the spending – a very powerful and exceptionally elusive group to reach. Reputation Management – The role of Stakeholders AU funding model, a threat to tourism in Africa