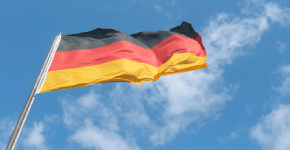 Research reveals that in Germany, travel agents have a major influence on travel decisions and bookings and that German travellers plan and book their major holidays early. Travel trade promotions have a significant higher importance in Germany than in the UK or in the USA, which indicates that marketers in Africa should promote their destination/product at least three to six month ahead of the peak travel-season, writes Des Langkilde.

The stability of Germany’s economy is the driving motor of German consumer spending and travel bookings. German travellers have the time and budget to travel in 2013.

Facts about the German travel market

In 2012 the total revenue booked at travel agencies was €24.4 billion.

Germans are treating themselves to more luxury on vacation. ‘The desire of Germans to travel has been providing a boost to the industry. More vacations and higher spending have generated an increase in sales. For the 2013 summer holiday, there is a trend towards beach vacations in the Eastern Mediterranean and long-distance trips’. (Extract from GfK survey on travel behaviour of Germans for the ITB in Berlin Nuremberg, 1 March 2013).

Last year, Germans made about 100 million trips with at least one overnight stop which they booked in advance, either as complete package deals or booking different aspects such as travel and accommodation separately.

In comparison with 2011, the total number of trips was therefore almost 5.6 million higher, or just under 6 percent. Overall, Germans spent €46 billion last year, which is an increase of €1.2 billion. High street travel agencies have also been benefiting from this market growth and also registered rises in the 2011/12 tourism year.

Overall, spending has increased by 6 percent in comparison with 2011. This increase can be attributed to a greater willingness of consumers to spend money and is reflected in figures from high street travel agencies. Travels bookings in the higher price categories of more than €1,500 per trip have steadily increased in recent years.

To promote your destination or product to German travel agents, contact the Southern Africa regional representative for FVW Mediengruppe on +27 (0)87 727 8631 or email info@tourismtattler.co.za