The following statistics on foreign tourist arrivals, hotel occupancy & room rates, airport flight arrivals, and car rental data for South Africa has been extracted from data available as at 29 March 2016, and compiled by Grant Thornton SA for, and on behalf of, the Southern African Tourism Services Association (SATSA).

Analyses of the Statistics South Africa data* shows that foreign arrivals declined in 2015 and were at similar levels to 2013.  A ray of hope is that foreign arrivals did start to increase in the last quarter of 2015.  The ACSA data shows continued growth in passengers arriving on domestic flights. Passengers arriving on international flights have also started to increase.

*Note that African Arrivals plus Overseas Arrivals do not add to Total Foreign Arrivals due to the exclusion of unspecified arrivals, which could not be allocated to either African or Overseas. As from January 2014, Stats SA stopped counting people transiting through SA as tourists. 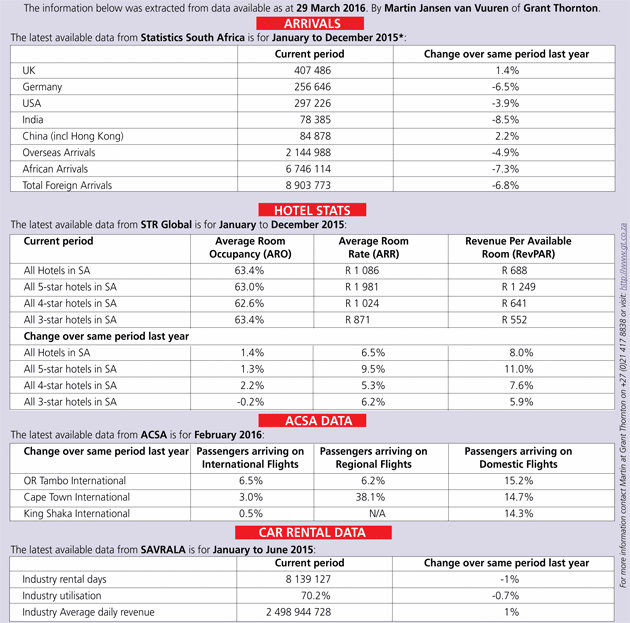 What is Tax Season? The Taxing Problem of Invoice Compliance The Vertical Potential Of Airport Transfers