South African wildlife activists have initiated a Global March for Lions that will be held in designated cities throughout the world to highlight the plight of lions embroiled in the canned hunting industry.

The march is to be held on Saturday 15th March 2014 and Durban is thrilled to be one of the most important cities to host the event. Launching Durban into the foreground is the fact that Christine Jordaan, the lady who initiated it all, will be leading the march along the beachfront promenade with other local celebrities, sport stars and conservation giants.

The organisers are determined that the event will be a great success and the accent will be on creating public awareness for current failures in wildlife legislation that have allowed the once mighty lion to be degraded and traded as common livestock on farms of misery and horror.

“From the heat of the African summertime to the winter cold of the northern hemisphere we want people to rise up and give out a ROAR for South Africa’s lions and populations elsewhere.” says Christine. “Many of our supporters are from overseas and so far we have marches being organised in London, Birmingham, Edinburgh, Brussels, San Francisco, New York, Los Angeles, Austin, Tampa FL, Vancouver BC, Adelaide, Perth, Melbourne, Sydney, Tel Aviv, Jerusalem and Mombasa, with new cities coming on board daily.

South Africa cities include Durban, Johannesburg, Pretoria, Cape Town, Hoedspruit, Grahamstown, Port Elizabeth and East London. (For an updated list visit the  Global March for Lions Facebook page HERE. If you would like to organise or are able to assist in a march please contact Nikki Elliot on that page).

A local NPC, Wild and Free SA is hosting the Durban march and they are calling for KwaZulu-Natal to stand united in absolute outrage at the total betrayal of South Africa’s lions. In Zulu culture the lion (iBhubesi) is sacred and Christine happily points out that the IFP have condemned canned hunting.

Wild and Free SA was recently involved in exposing a consignment of lions that were sent from a farm in Botswana belonging to the Botswana Minister of Agriculture, Christiaan de Graff to a lion breeder in the Free State. There is a furore in Botswana over their origin and ownership.

CEO Margot Stewart says: ““Investigative reports from inside and outside of South Africa have revealed that a significant number of captive-bred lions are sold into trophy hunting. Furthermore, certain South African lion breeders are selling lion skeletons and bones to Asian wildlife traffickers and so, from birth till after their death lions are being cruelly exploited in an industry that includes petting zoos and gimmicky tourist venues before ending their lives as a canned hunting trophy or euthanized for their bones.”

At most, there are 32,000 – and perhaps as few as 15,000 according to Dr. Pieter Kat of Lion Aid – lions remaining on the entire African continent, as compared to 100,000 lions in the 1960s. The population trend of the African lion is classified as Decreasing by the IUCN Red List of Threatened Species.

The March is in support of CACH (the Campaign against Canned Hunting), a Western Cape based charity led by Chris Mercer and Bev Pervan. Chris is a recognisable face who has appeared on many local and international TV programmes, in interviews and documentaries. After a legal career as an Advocate in Zimbabwe and Botswana, Chris came back to South Africa in 1984, and decided to retire from the law. He claims that he was dragged in to animal welfare work by Bev who had the dream of founding a wildlife sanctuary. Once they were working hands-on with rehab wildlife, he became sensitised to the suffering of animals.

In 1997, when the Cook Report exposed the shocking cruelty of the canned hunting of lions, he made up his mind to spend the rest of his life campaigning for the abolition of canned hunting. Visit the CACH website HERE for more information. For an updated report on the issue watch this video featuring Chris Mercer HERE.

Internationally, any excess funds raised through the marches will be donated to CACH. The Durban march will be filmed by Michael Almendro (of “Tigers and Tutus” fame – a documentary that was flighted on Carte Blanche in an expose of cruelty on circus animals).

Other South African Non Profit Organisations (NPO’s) supporting the march include the Lawrence Anthony Earth Organisation and Monkeyline. All these local organisations want to see the friendly citizens of, and visitors to, Durban wholly embrace this cause and turn up in their droves on the Saturday 15th March 2014. There will be non-stop entertainment along the route and not one dull moment.

If you would like to assist by volunteering, or by sponsoring some of the costs such as printing and publicity please contact either: 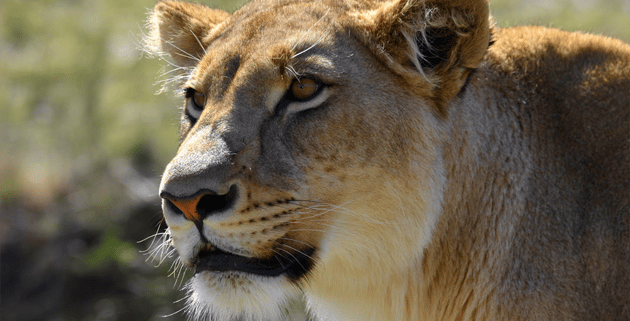 Shark Research on the Whale Coast