CAPE TOWN, 20 June 2019 – Ashia, a world-class and Fair Trade Tourism accredited cheetah sanctuary outside Paarl in South Africa’s Western Cape, is now offering volunteers on their education-based volunteering programme the opportunity to live their conservation dream and get involved in the wilding and release of cheetahs into the protected wild of South African private game reserves.

Ashia’s ‘Breeding, Wilding and Release Project’, financed and managed by Ashia and Kuzuko Lodge went into operation in September 2018 with the release of a captive born female cheetah on Kuzuko, a 15,000ha private game reserve in the Eastern Cape.

Since then, more captive-born cats have been translocated to Kuzuko to undergo their wilding and fitness programme in specially designed wilding sections prior to their final release on other reserves. Two litters of cubs have already been born into the protected wild on the reserve from previously hand-raised females. Once grown up, having been raised by their mothers, they will also be released on other reserves.

“Our conservation efforts primarily focus on the wilding and introduction of captive-bred cheetahs into the protected wild. The ultimate purpose is to strengthen the gene pool and to secure a viable cheetah metapopulation in South Africa, in order to prevent the further decline of cheetah numbers in the wild,” states Chantal Rischard, founder and co-owner of Ashia. Several cheetahs are earmarked each year for wilding and release onto private game reserves in South Africa.

Voluntourism, or volunteer tourism, is when international volunteers contribute their time to work for organisations or causes outside their respective home countries.

Ashia now offers the opportunity to get involved in its cheetah conservation efforts.  Volunteers will first work alongside sanctuary staff in Paarl to get the necessary experience and training for their volunteering time in the field of South African game reserves.

Depending on the stage of the yearly release efforts, they will either assist in accompanying the cheetahs to the reserve, help with their settling in boma period, or later, monitor and record their movements, behaviour as well as hunting and breeding successes. Additionally, they will support the game reserve’s predator team with boma, fence and general reserve maintenance or bush clearing. During educational sessions at Paarl and the reserve, volunteers will gain a deeper insight into Cheetah Conservation and other wildlife.

Interested volunteers should be available for a minimum 3 to 4-week period, which will include at least a week in a game reserve. As such volunteering could require a lot of driving; interested parties should therefore ideally hold an international driver’s license.

For those with less time available, Ashia offers additional flexible volunteering programmes at the sanctuary in Paarl (near Cape Town), ranging in time from 2 weeks to several months. Furthermore, opportunities for internships are also available.

Ashia’s luxurious Volunteer House can accommodate up to 12 volunteers and offers sweeping views over the cheetah camps, orchards and the dramatic Drakenstein mountains. Two spacious, modern cottages next to the Volunteer House offer more privacy for those wishing to spend a Working Holiday at the sanctuary. This allows the flexibility to choose if, and when, guests want to participate in the usual daily volunteer duties and social activities.

A favourite quote for the Volunteer team is a Chinese proverb that states: “Tell me and I’ll forget; Show me and I may remember; Involve me and I’ll understand”, forming the foundation of the volunteering programme and the legacy they hope to leave for future generations. 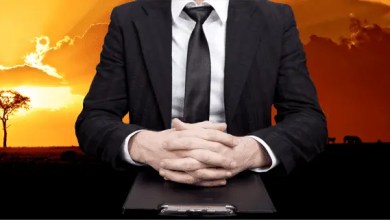 The Business of Conservation