Congratulations to Elisa Galgut. Elisa’s comment has been chosen as the prize winner for May 2014. Her prize of a Dietz Monarch D10 Hurricane Lantern will be delivered with the compliments of Livingstones Supply Co – Suppliers of the Finest Products to the Hospitality Industry. 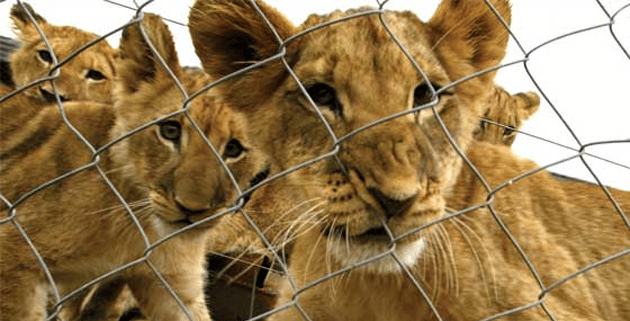 The attacks on CACH (Campaign Against Canned Hunting)amount to nothing more than hysterical ad hominems, backed up by nothing. No reference to science, to ethics, to the horrendous impact that hunting has had on our wildlife, to the dramatic drop in numbers of animals across the continent, to the new report by Economists at Large that shows that hunting does not aid communities, to the inherent cruelty of killing animals for pleasure, to the fact that the tourism industry far exceeds the hunting industry, to jobs created and revenues brought in, to the corruption in government, which means that any so-called ‘regulation’ of the hunting industry is basically non-existent.

The WWF and their ilk promote hunting because they are paid to do so by the hunting lobby. Hunting is cruel and unethical, is unsustainable, and has no place in modern society. WWF and others like to claim that there is a huge difference between ‘canned’ hunting and other hunting; not so. Canned hunting is the logical extension of other kinds of hunting – killing animals for pleasure is the worst kind of cruelty, because it is also cowardly. The canned hunting industry is showing the world that cruelty and cowardice for what it is, without the facade of a ‘fair chase’. The only ‘fair chase’ is if the hunter were dropped in the middle of the veldt with nothing more than a hunting knife and some water.

CACH presents the truth. It’s amazing how WWF and other organisations that promote hunting will do anything to keep the image of hunting out of the public domain, because they know that once the public see lion and other animals blasted to death by stupid and pathetic rich people, the public will awaken to the cruelty of hunting and say ‘no more’.

Being overpopulated, man invaded the animal’s space in the first place. If it wasn’t for that, greed and other reasons, animals would not have had to be cramped up in small parks all around the world. Now man have to cull in order to have enough room for the animals.

Win a prize for your comment posted under any of the articles on the TourismTattler website during June 2014.

The winning comment for June 2014 will receive a IsoSteel Stainless Steel Flask with the compliments of Livingstones Supply Co – Suppliers of the Finest Products to the Hospitality Industry.