Congratulations to Jill Masterton, whose comment has been chosen as the prize winner for July. Jill’s prize, a  ‘Relentless Enemies’ DVD will be delivered with the compliments of Livingstones Supply Co – suppliers of the finest products to the hospitality Industry.

Anti-Poaching: To Rescue or to Shoot injured wildlife?

As a journalist and a qualified game ranger who lives on an operational game farm, I must say that I agree with the conservation manager that it would be too expensive to dart the impala. Our own farm is close to veterinary assistance but it would cost at least R1500 to dart the impala and if the impala died due to the stress it would have to be buried due to very toxic nature of M99 that spoils the meat and is deadly to scavengers.

I would have also put down the wildebeest as it was clearly far too badly injured to survive. At our farm, which is a residential estate, we shoot injured animals using a rifle fitted with a silencer. The general public get upset by hearing gunshots, but as I have witnessed both capture and culling on the farm, I really do believe that capture is far more stressful than culling.

Wildlife management is a far harsher situation than what is depicted on Animal Planet or NatGeo Wild for example.

Below are a few more notable comments posted under articles during July: The SA GOVERNMENT is considering a one-off auction of stockpiled rhino horn in an effort to raise funds for conservation and find a way to reduce poaching of the endangered animal.

“The model we have so far is that for the auction of elephant ivory.” the Environmental Affairs deputy director-general for biodiversity Fundisile Mketeni said.

THANKS TO THAT MODEL THOUSANDS AND THOUSANDS OF ELEPHANTS HAVE BEEN POACHED!!!!! Also to sell something as a medicine that has no medicinal value is a crime. China and Vietnam have to do their duty to stop the demand and to jail the traders. If rhino horn trade is allowed, the demand will be fueled ad infinitum and the illegal market will be always be alongside the “legal” one. (Comment shortened due to space constraints – read more via the link above – Editor).

The pro-rhino trade lobby has done a wonderful PR job to promote the trading of rhino horn as the solution to curb rhino poaching. Sadly the mathematical modelling that underpins their “economics 101” argument is flawed and does not take into account what would happen if the number of rhino horn consumers had to significantly increase if rhino horn was to become legal and freely available. New mathematical modelling now being conducted at UCT suggest that rhinos could become extinct in the wild within 5 to 10 years if rhino horn trade was legalised and that increased the number of rhino horn consumers. South Africa needs to relook at its pro-rhino horn trade stance.

I have completed a level 1 field guide course. Why is it so difficult to get work? And so expensive to continue studying. Is there a learnership/ apprenticeship programme for us that cannot afford the fees, but are passionate about getting into this field of work?

This is another reason why you should be able to visit South Africa, new culinary hotspot in Durban, it’s something you would love to discover while you are enjoying your travel get away to South Africa. 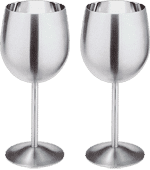 Make a comment under any article posted on the Tourism Tattler website during the month of AUGUST and stand the chance of winning  Two Stainless Steel Wine Goblets with the compliments of Livingstones Supply Co – Suppliers of the Finest Products to the Hospitality Industry.