When I wrote ’The Race for UNWTO Secretary-General’ on 11 April, I had high hopes on the Seychelles candidate Alain St.Ange winning the race. At the time, I could not have foreseen that this esteemed institution would become embroiled in scandal and political intrigue, and subsequently dash Africa’s chance of taking the helm to steer the UNWTO into the global future of tourism.

To appreciate the intrigue, let’s recount the course of events as they unfolded before and after the fateful day of the election when Georgian candidate Zurab Pololikashvili was nominated UNWTO Secretary-General for the 2018-2022 period.

On 20 April, Ethiopia submitted an urgent letter to the ministers in charge of tourism in Congo, Uganda, Ethiopia, Cameroon, Sierra Leone, Zambia, Ghana, Morocco, Nigeria, Zimbabwe, Niger, Kenya, Gambia, Benin, Burkina Faso, Sudan, Angola, and the Democratic Republic of Congo, urging them to support a letter to be submitted to the Chairperson of the African Union Commission urging him to approach the Republic of the Seychelles “to put the interest of Africa first and to withdraw their candidature (of Alain St.Ange) and work with (Zimbabwe’s candidate) Walter Mzembi in order for Africa to enhance its chances of winning this position.”

Considering that Seychelles is an active member of both the Southern African Development Community (SADC) and the African Union (AU), the island state would have been involved in the decision to “unanimously” endorse Mzembi as Africa’s candidate at respective meetings convened in March 2016 in Gaborone, Botswana, and in July 2016 in Kigali, Rwanda.

Why then did the Seychelles President Danie Faure subsequently accept St.Ange’s conscientious letter of resignation from his position as Minister of Tourism, Civil Aviation, Ports & Marine on 29 December 2016?

In fact, the Seychelles News Agency actually issued a statement from the president’s office on Wednesday 28th stating that “Minister St.Ange intends to apply for the post of Secretary-General of the World Tourism Organisation.” By doing so, the president effectively endorsed St.Ange’s candidacy, a fact that was confirmed when St.Ange presented his official documents (which had to include a letter of endorsement from his country) to formalise his candidature during the FITUR tourism trade fair in Madrid, Spain in January 2017.

The AU finally got around to submitting the aforementioned letter to the Seychelles via its member representative Zambia, demanding that the island state immediately withdraws its candidate from the race, effectively blackmailing the Seychelles with implied threats of economic sanctions by AU member states.

On 9 May, just two days before the UNWTO elections were to take place in Spain, President Faure chaired an Extra-Ordinary Cabinet meeting at which the Seychelles Cabinet agreed to withdraw the candidature of St.Ange for the position of Secretary General. “Seychelles will stand in solidarity with the African Union and support the African Union’s officially endorsed candidate from Zimbabwe in the upcoming election.” read the official announcement.

Of course, St.Ange was already in Madrid at the time (at his own expense I must add) to lobby for his countries candidature when the news broke. In fact, according to a Position Paper by Zimbabwe’s candidate Walter Mzembi, the Secretary General (Rifai) confirmed privately having received the communication from Seychelles on the evening of 10 May.

One can only imagine his surprise and extreme disappointment when he heard of his countries back peddling. Months of travelling the globe, sleepless nights, lobbying for support, and significant personal expenditure had just gone down the drain, not to mention his embarrassment at having to disappoint countless supporters, many of whom had officially submitted letters of endorsement to the UNWTO.

Following the 11 May elections, it has become apparent that controversy surrounds the nomination of Albania’s Zurab Polokashvili. Unlike other candidates, Pololikashvili barely attended any UNWTO events before or after his election, but he did attend and invite selected delegates to a football game in Madrid on 10 May. The accusation is that Pololikashvili handpicked voting executive members of the UNWTO to oblige and impress them by sponsoring football tickets that were almost impossible to get – all during the ongoing Executive Council conference.

Further allegations of fraud, payoffs, and unethical (if not illegal) manipulation outside of the world of tourism surrounds Pololikashvili and may cost Georgia the reconfirmation of their candidate’s nomination when the UNWTO General Assembly convenes in China on 11 September 2017.

The world of tourism is crying “foul” as attested to by comments received to an opinion poll conducted by eTN’s UNWTOWire website.

Pololikashvili’s nomination needs  2/3 of all member countries attending the September General Assembly to agree before Georgia is ratified to lead the UN Agency as of 2018.

According to eTN, confirming a nominee at past elections was no big deal, except for a near-tied score for a third term of France’s Francesco Francalli at the UNWTO General Assembly in Senegal, after Spain raised objections.

So what happens if Georgia’s nomination is rejected?

There is no clear rule in place. According to verbal statements related to eTN as coming from the current secretary-general Taleb Rifai, the General Assembly may refer the election back to the new Executive Council, which will be comprised of different member states and could meet early in 2018. Alternately, Rifai could stay on or appoint a deputy to lead affairs after his term ends in December 2017.

Should any of the above scenarios transpire, and Georgia’s nomination is rejected, I doubt that Seychelles would stand up to threats of AU sanctions even if St.Ange is willing to stand as the island’s candidate for another round.

On 12 June, the UNWTO issued a ‘Statement on the process of election for the post of Secretary-General of the World Tourism Organization for the period 2018-2021’ claiming in rather pedantic terms that “The various statements published by eTN are not only inaccurate but highly defamatory” and that “The recommendation of the Executive Council of the one nominee (Zurab Pololikashvili of Georgia) will be submitted to the 22nd Session of the UNWTO General Assembly for his appointment to the post of Secretary-General in accordance with Article 22 of the UNWTO Statutes.”

Today (13 June) Zimbabwe’s Tourism Minister Walter Mzembi sent an open letter to all UNWTO member states. In his open letter ‘Breaking The Silence: Saving The UNWTO For The Good Of Global Tourism’, Mzembi counters the UNWTO’s official statement by revealing some startling “Contingencies” in the event that Georgia’s Pololikashvili fails to secure the endorsement of the General Assembly. Mzembi further claims that he was polled at the 11 May elections with 15 votes against Pololikashvili’s 18. 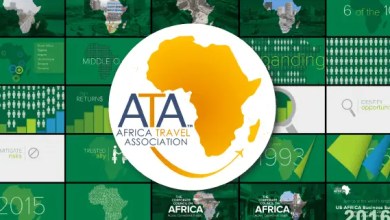 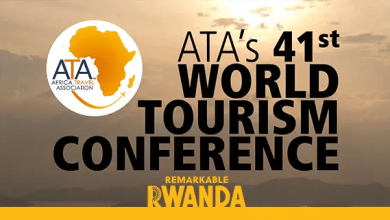