A sustainable Benguela Current ecosystem is the lifeblood of the ‘Ocean Economy’ on South Africa’s West Coast – supporting fisheries, tourism and recreation, and thousands of jobs. Like any living system, it needs regular health check-ups, and significant progress in identifying the best ways to do this was made at a workshop in Cape Town. By Dr Samantha Petersen.

The Cape Town workshop on 23-24 March 2017 formed part of a project by the Benguela Current Convention (BCC) to strengthen the ability of member states – Namibia, Angola and South Africa – to monitor the health of the Benguela Current ecosystem in their own countries, as well as implementing an integrated approach to sustainable ecosystem management across national boundaries.

Scientists, government officials, business and civil society representatives discussed how best to measure and monitor both the economic value and environmental health of the diverse and inter-linked ‘ecosystem services’ provided by the ocean and coastal environment. The workshop also aimed to identify gaps in current monitoring activities and data, capacity and resource needs, and how to resolve potential conflicting uses in future.

This is vital to maintaining the sustainability of the economic and social benefits to the people who rely on the ecosystem. For South Africa, this is particularly important, given the focus on developing the maritime economy through Operation Phakisa, which has earmarked a number of diverse projects for the West Coast.

The real success of the workshops was that we achieved widespread representation from government and NGOs in sectors including mining, petroleum, environmental management, fisheries and aquaculture. From the level of engagement and participation and the positive attitude of the stakeholders, it was clear that all want to work together to achieve the same thing – to optimise the value of oceans to society over the long-term.

This bodes well for the kind of cooperation and collaboration that will be needed to manage the diverse resources and services of the Benguela Current at an ecosystem level, across traditional sector boundaries and government department ‘silos’.

The productive waters of the Benguela Current support the largest portion of South Africa’s commercial fisheries and is an important area for small-scale fishing and aquaculture. The West Coast is also a hub of offshore oil and gas exploration, a focus area for the redevelopment of small harbours and coastal tourism, and home to the Saldanha Bay Industrial Development Zone. It also has a number of significant conservation areas and is attracting increasing tourism and recreation activities.

A healthy marine ecosystem provides services that have a measurable social and economic value to human well-being. Some have direct a commercial value such as fisheries, mineral and energy resources, and tourism assets, while others such as climate regulation, recreational benefits and symbolic cultural or spiritual uses, are more difficult to measure the value of.

Key recommendations from the workshops in both South Africa and Namibia included the need for a clear mechanism to perform ecosystem-based management in an integrated way across areas such as environmental management, regulation of mining and oil and gas exploration, fisheries, tourism and so on, as well as across country borders.

Participants also identified the need for working groups that incorporated the diverse sectors in order to support the integrated approach to ecosystem management, as well as the need for a central information system to serve the various sectors.

The final workshop will be held in Angola in April. Feedback from the workshops in the three countries, together with the project team’s reports on linkages between ecosystem services and their value, will contribute to developing systems for integrated monitoring of the Benguela ecosystem’s health and the BCC’s planning for future collaborative projects and support to member states.

The Benguela Current sweeps up the South African West coast, along the entire Namibian coastline and into Angola. This creates a Large Marine Ecosystem (LME) with productive resources shared by the three countries.

The Benguela Current Convention signed by the three countries created the first LME in the world to embrace an ‘ecosystem approach to ocean governance’, which means managing trans-boundary resources at the ecosystem level, rather than each country acting alone and balancing human needs with conservation imperatives.

The coastal and ocean resources of the Benguela Current Large Marine Ecosystem are estimated to contribute about US$269-billion annually to the economies of Namibia, Angola and South Africa.

About the Author: Dr Samantha Petersen is the Project Leader at the Benguela Current Commission. www.benguelacc.org 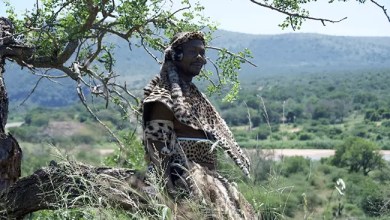 The uMfolozi: A Conservation Story 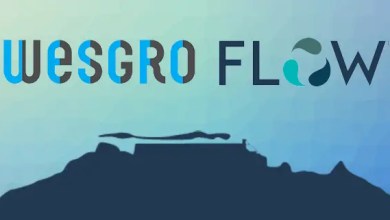 The Impact of Drought on SA’s Wildlife Environment