Internationally qualified chef,  Garth Shnier has joined Legacy Hotels and Resorts at the Windhoek Country Club and Resort in Namibia.

For more than 30 years, Chef Garth Shnier has been the maestro behind many fantastic dishes experienced in some of the best restaurant and hotels in South Africa.

Shnier graduated from the Southern Sun In-House Training Programme and worked in most of the group’s five-star units. Eager to further his studies, he spent some time overseas, including the Arabella Grand in Frankfurt Germany, where he worked under the tutelage of Meister Koch Heinz Imhoff.

His travels took him to La Horizon, Jersey, the Grand Roche before returning to South Africa. He has worked in some of the country’s most exclusive luxury hotels, including The Michelangelo Hotel in Sandton when it first opened its doors.

He is developing restaurant concepts and an enthusiastic mentor, and has designed kitchens and opened hotels that are now some of the most renowned venues in South Africa. Taking his gourmet experience to another level, he opened his own culinary consultancy in 2005 which serviced big brands and venues in South Africa and Swaziland.

Shnier brings global expertise to the Windhoek Country Club and Resort, and while he isn’t revealing much, there is a revamp to the Food and Beverage offering in progress.

Shnier’s passion isn’t just confined to creating fantastic gourmet fare: he is also a man who is determined to teach others and help them to raise their skills in the kitchen. He has intimated that being involved with training has been a great privilege for him.

This culinary Olympian has led the South African National Culinary team to several gold and Silver medals. His expertise has been so highly regarded that he was even appointed the Culinary Guidelines Committee of the World Association of Chefs Societies, a prestigious international body that sets the rules over all WACS-accredited competitions and their judges.

About Legacy Hotels:Headquartered in Johannesburg South Africa and established in 1999, Legacy Hotels and Resorts is a leading hospitality company with properties throughout the African continent. Its portfolio includes 31 properties in six countries. Today the company prides itself in offering guests a collection of Africa’s most unique and unforgettable four and five star hotels, resorts and bush lodges. A Legacy Hotel is not about its bricks and mortar, the spacious hotel rooms or fine restaurants it is about the indelible experiences enjoyed in each one. Whether you are travelling for business or pleasure, this commitment to excellence and attention to detail ensures that your every need is catered for in perfect abundance – where time is measured in moments, not minutes. For more information visit www.legacyhotels.com 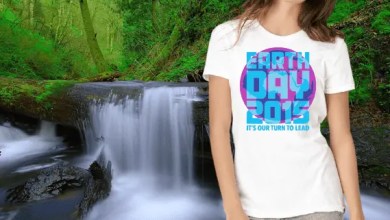