A recently launched hotel management company plans to expand its ‘Greenest Hotel’ concept across Africa, and backs-up its claim with some convincing facts and figures, writes Des Langkilde.

I’ve always known the verb ‘thrive’ as meaning to prosper or flourish, but the word ‘thrivability’ is new to me.

I recently heard the term while attending a presentation at WTM-Africa in Cape Town, presented by Samantha Annandale, General Manager of Hotel Verde. In her presentation, she defined ‘thrivability’ as “Hospitality solutions that are not only sustainable but Thrivable: incorporating people, profit and planet. The language of sustainability is about neutralising. Thrivability is about succeeding.”

Whether or not thrivability is just a word game or something larger and more inclusive than sustainability – it is a stronger term for what hospitality businesses (should) aim for. Thrivability speaks to the business imperative of making profit in order to perpetuate an organization (and its members/employees) as well as function in productive symbiosis with its environment. 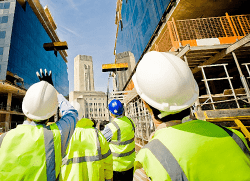 Isolating quantifiable ROI’s, the green build project gained just over R30 million in free press exposure since the project commenced, reduced utility consumption costs by 70% (cost per room night based on utilities at Hotel Verde is R29.52 vs an average Cape Town hotel of R97.28 cost), and lowered energy consumption by 70,79% (77 kWh/sqm/annum vs Cape Town hotel average of 255 kWh/sqm/annum), which even beat the LEED model average of 144 kWh/sqm/annum by 46,53%.

“It is the strong belief of the Verde Hotels team and myself that the hotel industry has changed, and that we simply cannot build or operate hotels in the same way that we have done for the past twenty years. Verde Hotels is the future of hospitality. Companies with proactive environmental strategies have a 4% higher return on investment, 9% higher sales growth and 17% higher operating growth than companies with poor environmental track records,” said Samantha Annandale in conclusion of her presentation.

As if echoing her sentiments, Hotel Verde was awarded the global Green Hotelier of 2015, Africa and the Middle East award. This award adds to the hotel’s already impressive array of accolades.

Waffling on about Waffles