In 2017, the average monthly salary in South Africa was R14,255 according to BankservAfrica’s disposable salaries index (BDSI). Due to higher rates of inflation, take-home pay was down 1.3% on the previous year, which is certainly not good news for those looking to travel. Any time you have less disposable income, your ability to get out and explore decreases. However, while actual wages have dropped, the ability to make money has increased. In 2017, bitcoin became the buzzword for every amateur investor looking to make some extra cash.

As the cryptocurrency’s value skyrocketed and the headlines became evermore enticing, people from all walks of life were putting whatever spare cash they had into the market. Although it used a fairly limited sample size, the MyBroadband 2018 Cryptocurrency Survey found that 57% of bitcoin investors made money last year.

Off the back of the bitcoin movement, the idea of trading as a means has developed. Despite wages decreasing, South Africans now have a way to make extra money that can, in turn, be used to travel. Go online today and the aspiring trader can use something known as algorithmic software. Instead of spending hours each day looking for market insights and data, casual investors can use algorithmic trading to execute buy/sell orders.

These systems are not only often free to use but allow the user to set their own parameters. Taking this information, the software can then analyze real-time market data and start/stop trades without any human intervention, eliminating the need for constant monitoring.

As well as offering a means to trade, the internet is now filled with tools that allow people to learn as well as earn. Go online or into any mobile app store and there are dozens of trading tools. For the absolute beginner, video tutorials provide bite-sized introductions into the nuances of trading. From these guides, trading sites now offer low stakes options.

Through something known as leverage, investors can start with a small stake and the operator will leverage it up to an amount that allows them to trade like a professional. The benefit of this is that a new trader can enjoy the same experience as high-level investors without the same financial exposure.

By tapping into the new selection of resources online, even a complete beginner can trade alongside their day job. While profits are by no means guaranteed, the tools are there for anyone wanting to invest their time and money wisely.

Finding a way to finance a trip around the world or an excursion to a landmark close to home isn’t always easy. However, by thinking outside the box and taking advantage of what’s available to you at the time, there is always a way to boost your travel fund.

Trading may not be for everyone, but 2017’s bitcoin revolution certainly showed us what’s possible, which is why it’s also now being seen as a means to travel more. 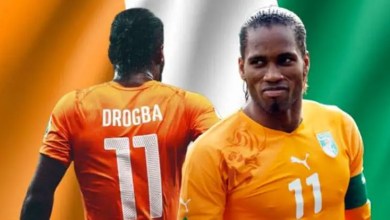