According to an ‘extraordinary’ provincial gazette from the Province of 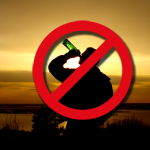 The deadline date for submission of comments was 25 February and I certainly hope that the concerned parties in the hospitality sector specifically have banded together to make a concerted effort in lobbying the draft regulations before they are enacted.

Having had a brief look at the draft, which can be downloaded here, the following points are of concern, as some of these will affect the hospitality trade’s on consumption premises very heavily. The concerns that I have are:

The problem, which will arise if the draft regulations are not contested, is that if you want to dispute the regulations at a later stage for any reason you will be asked to explain why you did not raise your objections at the appropriate time.

It is not only the hospitality industry that is being hit, but the public and even the shopping centre owners and developers.

The ripple from no Sunday trading will impact on all sectors of the economy. With less people visiting restaurants, for example on a Sunday, there will be cut backs on staff and this will impact directly on the staff and the people that each job supports.

Why would anyone start a business, which only works six days a week but requires rent/equipment/etc for seven days?  Rather invest somewhere else for a better return.

The loss in trade must be covered, so up go the run prices once again.

POPI Part 14 – What Businesses Should Do