Roho ya Selous, in the UNESCO world heritage site of Selous Game Reserve in southern Tanzania, is the latest addition to the Asilia stable of ecotourism camps.  As an impact company, Asilia is a leader in the African eco-tourism industry.

So, what is impact investing? It’s a very specific type of investing, which occurs across all types of asset classes.  Its basic premise is to have a positive impact on society and the environment.  It can also be thought of as sustainable philanthropy. Operating 18 camps in East Africa, Asilia’s vision is to turn vulnerable ecosystems into viable conservation economies.

Operating 18 camps in East Africa, Asilia’s vision is to turn vulnerable ecosystems into viable conservation economies. A number of turnaround stories bear testament to Asilia’s vision. The establishment of Sayari as a semi-permanent camp in an area that was overrun by bushmeat poachers, and as a result was devoid of tourists, was pivotal to the northern Serengeti’s turnaround.

In 2010 Rekero Camp in the Masai Mara Game Reserve joined the growing Asilia tribe. Since then Naboisho Camp in the all-important Naboisho Conservancy (itself nurtured into being by Asilia and other stakeholders) showcases the benefits that local people can derive from nature if the will and know-how exist.  For its innovative and exemplary governance model, the Naboisho Conservancy won the prestigious African Responsible Tourism Award in 2016. 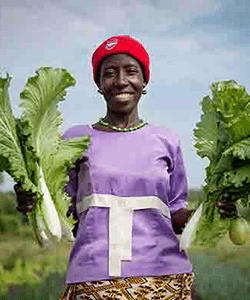 With over 800 continental citizens on its payroll, it is a growing employer generating sizeable revenues to national governments in the form of fees, levies and taxes – approximately US$7.8 million in 2016/17.  In addition, Asilia raised a further $236,000 for conservation and social development projects in the areas where it operates. Direct contributions from the company to the same projects amounted to $137,000, over and above this.

The extra $370,000 was donated to effective and vetted partners in East Africa. For more information on Asilia’s partners and their projects please go to Asiliagiving.org.

This sense of making a difference to real people and places is an attraction to international tourists.  It also helps ensure the sustainability of the wild areas where Asilia operates.

For more information connect with Asilia Africa via the links below: