Towards a Visa Free Africa. One Africa – One Visa – One Passport. An idyllic dream that could become reality within this decade. In this article, we explore the African Passport and Free Movement of People, the Africa Visa Openness Index, and a multi-stage walkathon initiative that aims to push 38 coastal countries towards a visa-free Africa.

AGENDA 2063 is Africa’s blueprint and master plan for transforming Africa into the global powerhouse of the future. It is the continent’s strategic framework that aims to deliver on its goal for inclusive and sustainable development and is a concrete manifestation of the pan-African drive for unity, self-determination, freedom, progress and collective prosperity pursued under Pan-Africanism and African Renaissance.

Aspiration 2 of Agenda 2063 envisions “An integrated continent, politically united and based on the ideals of Pan-Africanism and the vision of Africa’s Renaissance” and Aspiration 5 envisions “An Africa with a strong cultural identity, common heritage, shared values and ethics.”

To achieve these aspirations of African’s seeing themselves as one people united under the ideals of pan-Africanism, the physical and invisible barriers that have prevented the integration of Africa’s people need to be removed.

The Agenda 2063 flagship project, ‘The African Passport and Free Movement of People’, aims to remove restrictions on Africans ability to travel, work and live within their own continent. The initiative aims at transforming Africa’s laws, which remain generally restrictive on the movement of people despite political commitments to bring down borders with the view to promoting the issuance of visas by the Member States to enhance free movement of all African citizens in all African countries.

The Free movement of persons in Africa is expected to deliver several key benefits including:

According to the Africa Visa Openness Index Report 2019, published by the African Development Bank and the Africa Union Commission, key facts include:

However, the fact that Africans still require visas to travel to just over half of other African countries shows that more progress is needed to realise the free movement of people continent-wide. As infrastructure expands across Africa, and tangible trade and investment opportunities are put on the table, Africans will need to travel with greater ease. Solutions such as the African passport, visa-free regional blocs, multi-year visas, or visa-on-arrival schemes should continue to be promoted.

“The growing momentum to sign the Single African Air Transport Market and the Protocol on Free Movement of Persons is encouraging, and I urge all countries to take action to do so,” says H.E Kwesi Quartey, Deputy Chairperson of the African Union Commission.

W4A aims, among other objectives, to lobby governments for the adoption of a visa-free Africa, to give Africa a voice in the United Nations 75th anniversary (#UN75) deliberations, to educate African citizens on the UNs’ Sustainable Tourism Development Goals (SDGs), and to create global awareness on Sustainable Tourism in Africa.

“I’m passionate about changing Africa’s historical narrative from a visa-restricted continent, to a continent that is open for all Africans to travel across borders unrestricted,” says Desmond Langkilde, Walk4Africa’s Founder and Publisher of TourismTattler.com. “To do that, we need to tell Africa’s story uniquely and positively, and the best way to do that is by mobilizing a cross-border walkathon. This is a unique opportunity for Africa to collaborate on issues that really matter, to speak for all segments of society – from classrooms to boardrooms, parliaments to village halls – with special emphasis on youth and those whose voices are too often marginalized or not heard in global affairs.”

According to the W4A project plan, each of the 38 host countries walkathons will be comprised of three groups; a Walking Group, an Advance Group, and a Support Group. The Walking Group will be the volunteers and hosted guests who do the day-to-day walking. The Advance Group will be the contracted suppliers, such as the mobile camping outfitter and catering supplier, a contracted private security team, and a medical first-aid response team. The Support Group will be made up of research academics, advisors, teachers, media, film crews, sponsors, etc, who will be fulfilling the actual Mission of the W4A project.

And Langkilde is not alone in his quest. Since starting the W4A awareness and fundraising appeal campaign earlier this month, W4A country steering committees have already been established in Cameroon, Nigeria, Sierra Leone, South Africa, Tanzania, Togo, and Tunisia. This is in keeping with its objective to retain revenues raised by the walkathons to benefit local communities and suppliers. “That’s the whole idea behind sustainable tourism – to spend money where it counts the most – with local communities,” says Langkilde.

For more information, or to join Walk4Africa as a founding member, email info@walk4africa.org or join the W4A Facebook page.

Tips on Greening your Tourism Business 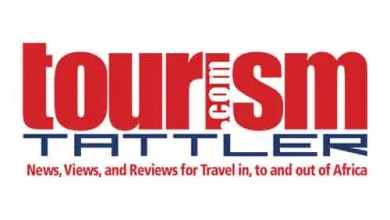 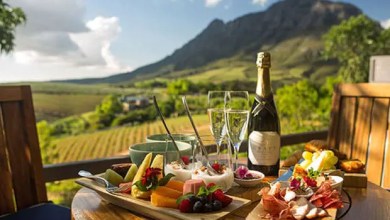 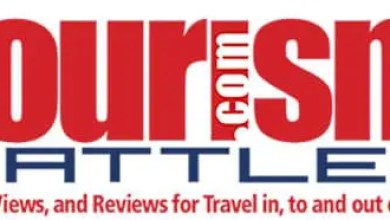