Tourism Month is also Heritage Month and one of the highlights of the Johannesburg Good Food & Wine Show, at the Coca-Cola Dome from 21 to 24 September, will be the Heritage Day Braai-B-Que contest.

This is a coup for the Good Food and Wine Show because the South African national team, known as Team ChesaNyama Braai-B-Que, will be looking for the final team members to complete the team to send to America for two prestigious competitions. 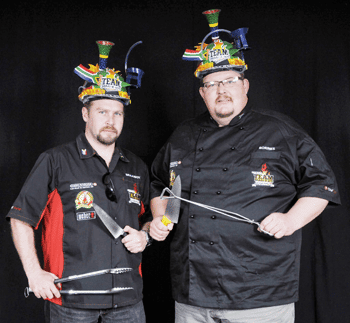 Team ChesaNyama Braai-B-Que will be heading to America during October to compete in the exclusive World Food Championships in Las Vegas and the Jack Daniel’s World Barbeque Invitational in Lynchburg, Tennessee.

The team will officially represent South Africa at both events where the bragging rights of winning are the cherished goals of any braai master worldwide.

The team will consist of a total of eight South Africans with the top three contestants from each region earning the chance to compete at the final ‘braai-off’ at the Good Food & Wine Show on Heritage Day.

Taking on the USA and the world in these competitions will be quite a challenge as the team will be preparing American style barbeque in the form of smoked cuts of meat such as ribs, brisket and pork. The local competitions will test the entrants’ knowledge on their own choice of meat for the coals, preparation of a sauce from scratch, and a final challenge of all preparing the same cut of meat with the sauce created in the second challenge.

“We have perfected our ‘smoking’ know-how on the Weber Smokey Mountain and with the generous support of Weber in both the US and South Africa, we will be up to the task”, says Borries who together with BraaiBoy will captain the team.

Having recently won the popular Bring&Braai competition on DStv’s kykNET, Borries brings much needed knowledge to the team for the task at hand.

Co-captaining the team and official cheerleader will be the well-known BraaiBoy who entered the Guinness Book of Records in 2012 for the longest continuous braai.  He brings a wealth of knowledge on meat, its preparation for coal and wood braaing, and is considered to be South Africa’s most prolific braaier, having documented online his challenge to braai every single day since the 17 April 2009.

“We’re going to compete against the Americans at their own game, and we relish the opportunity to show them what it is we do best in South Africa.  We are known as a braaing nation, and we’re taking the challenge to them, in their own backyard,” says BraaiBoy of the upcoming competitions.

The team is scheduled to leave for Lynchburg on the 21 October and will travel  between the two competitions in RV’s which will allow them to not only braai every day during their trip, but also spread a little South African culture along the way.

Tickets to the Good Food & Wine Show cost R95 for adults for R55 for children. There is a family price of R250 which covers two adults and two children under the age of 12 years.

Previous: Walk the Talk for Wildlife In War Zones
Next: Three stars for Orion’s Mohale Lodge