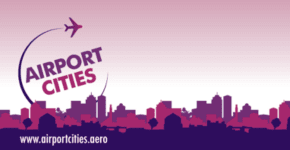 The Airport Cities World Conference and Exhibition (ACE) 2013 is to take place on African soil for the first time in its 11-year history.

London-based event organiser UBM Live has announced that the milestone event will take place in the City of Ekurhuleni, South Africa, from 24-26 April  2013.

The City of Ekurhuleni was chosen to host the event as it is home to OR Tambo International Airport – the busiest gateway in Africa – and already has a strategic road map in place to become ‘Africa’s first Aerotropolis’.

Alex Kirby, executive vice president of Airport Cities, made the announcement on a recent trip to South Africa where he met with various stakeholders including the Mayor of the City of Ekurhuleni as well as representatives from Airports Company South Africa (ACSA), who own and operate OR Tambo International, Cape Town International and King Shaka International airports among others in the country.

The Airport Cities World Conference and Exhibition champions the concept that today airports are more than just gateways for the transportation of goods and people from one region or country to another.

In fact this historic perception has now given way to a much broader concept of the airport as a business destination in its own right and as an economic engine for its region and local communities.

Furthermore, according to Kirby a new strategic approach to airport planning and associated commercial development, known as the Aerotropolis model, is gaining momentum around the world.

He said: “It comprises an airport-centred commercial core, called the airport city, and outlying corridors and clusters of aviation-linked businesses.”

“Airports today are multi-modal, multi-functional enterprises, generating commercial development both within and beyond its boundaries.”

From humble beginnings in 2002 at the Portofino Bay Hotel in Orlando, Florida, where the first ‘Creating Airport Cities’ conference welcomed 120 delegates and a handful of exhibitors, the Airport Cities event has grown by more than six times in size over the last ten years.

Kirby said: “We are entering a new phase marked by a different level of political involvement in the development of Airport Cities.

“The development of Airport Cities and Aerotropoli has now evolved from the airport via the city to regional or state governments and will soon ultimately rest with national governments. A few years ago we dealt exclusively with airports as our hosts but this has now changed with cities and regions taking ownership of the event.”

The ACE event is globally renowned for attracting key decision makers from the banking, financial, investment and real estate sectors, as well as economic development councils and other local governments from over the world.

Kirby said it was fitting for the City of Ekurhuleni, and particularly for South Africa, to host the world conference in 2013 because of South Africa’s position as the most developed country in Africa, offering the infrastructure and services that can unlock the region’s frontiers.

ACE 2013 is expecting to welcome at least 800 delegates, including 110 airport operators representing 45 nations, and more than 60 airport chief executive officers or executive directors.

The Forum – the perfect setting for your next business milestone