This week Askari Game Lodge sadly dehorned all the rhino on the reserve to preserve their lives and hopefully prevent further poaching. This extreme measure was taken after horn poisoning, collaring and extensive signage in several languages proved to be ineffective. 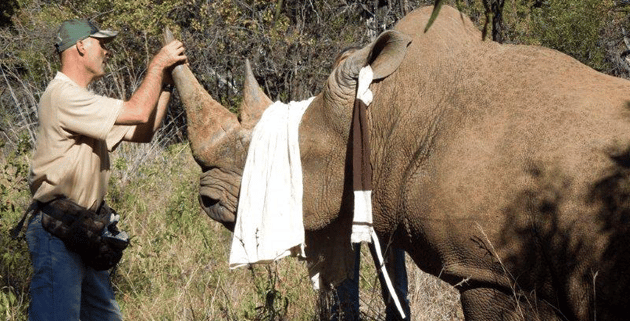 “We realise that dehorning is an intrusive procedure and there are risks involved”, says General Manager Graham Shipway. “It is heartbreaking to have to go to such extreme measures to protect our heritage. Horns grow back over time and we may have to go through this whole process again in 12 to 24 months from now.” 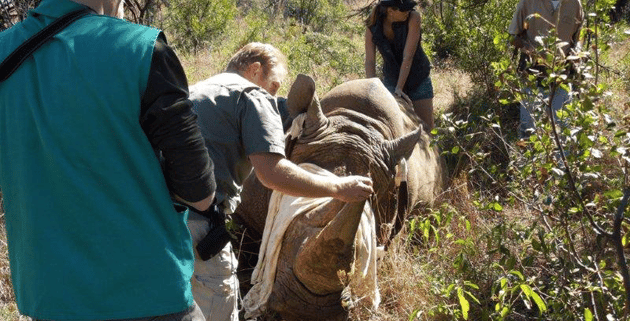 Head game ranger at Askari Game Lodge, Wimpie Pretorius, adds that dehorning the rhinos is not a foolproof method of keeping them safe, although it certainly is a step in the right direction. “Where visibility is low, for instance in bush or hilly terrain, poachers may not be able to see if the rhino’s horn is intact and shoot regardless. Another real danger is the vengeance factor – as was the case in Hwange National Park where it was thought that poachers killed dehorned rhinos to avoid tracking them again.” 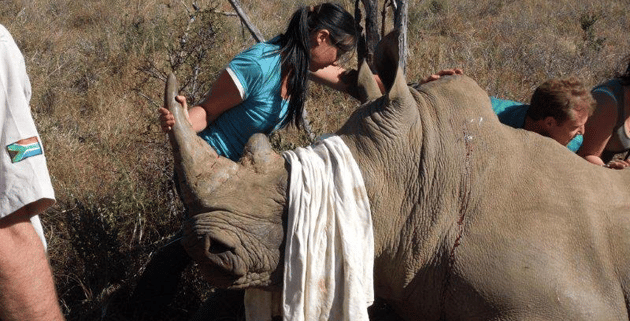 Askari Game Lodge & Spa is hosting a Rivonia Barnyard fundraiser for the Rhino fund on the 23rd of September 2014 and it’s open to the public and corporates. If you happen to have a catchy slogan for Askari’s new T-shirts, post a comment below this article or email christa@guvon.co.za 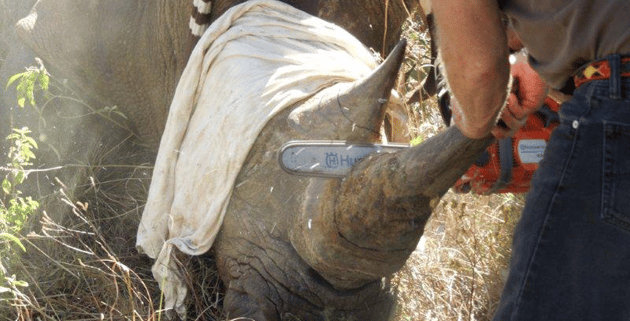 Interesting facts: How is dehorning carried out?

• Rhinos are usually darted from a helicopter, but occasionally from the ground in smaller reserves.
• A pen is used to mark the point of removal – usually 7 cm from the base of the front horn and 5 cm from the base of the back horn.
• While under anaesthesia, a chainsaw or hand-saw is used to cut the horn off horizontally.
• Eyes and ears are covered to prevent noise / disturbance / damage from the saw.
• The stump is trimmed to remove excess horn at the base, then smoothed and covered with Stockholm tar to prevent cracking and drying. 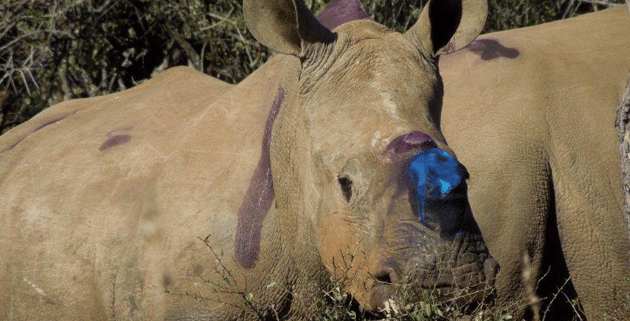