The South African Department of Health has issued the following statement dated 01 August 2014. Note that there are links to two PDF documents at the end of this article that can be downloaded from this website for more information on the Ebola virus.

Between 31 July and 1 August 2014, a total of 163 new cases of Ebola Virus Disease (EVD); (laboratory-confirmed, probable, and suspect cases) as well as 61 deaths were reported from Guinea, Liberia, Nigeria, and Sierra Leone. Three of these cases are in Nigeria and include two new probable cases — one in a health care worker and one in a Nigerian who travelled to Guinea — and suspected case in a nurse.

National authorities in Ghana, Nigeria, and Togo continue to work closely with the World Health Organisation (WHO) and it partners in identification of contacts and contact tracing as well as in preparing response plans as a result of the recent visit by and death of a Liberian national to Nigeria from EVD and the new Nigerian EVD probable case, who travelled to Guinea.

The Director-General of the WHO visited Guinea and held high-level meetings with the Presidents of Guinea, Liberia, and Sierra Leone to review the status of the Ebola epidemic and adopt common strategies to eradicate Ebola from the sub-region. A Joint Declaration of Heads of State and Government of the Mano River Union (comprised of Côte d’Ivoire, Guinea, Liberia, and Sierra Leone) was issued and leaders pledged to commit additional resources to the outbreak. This will include the following measures:

• Actions at the inter-country level to focus on cross-border regions, including isolation of specific areas by police and military and material support to the citizens in these areas. Health care centers in these zones will be strengthened for treatment, testing, and contact tracing. Burials will be done in accordance with national health regulations;

• Provision of incentives, treatment, and protection for health personnel so they can feel safe in their jobs and perform their duties. In addition, security for national and international personnel supporting the fight again Ebola will also be assured;

• A commitment by Heads of State to do their part to bring the outbreak to an end as soon as possible. To this end, the international community will support affected countries to build capacity for surveillance, contact tracing, case management, and laboratory capacity;

• Mobilisation of the private and public sectors to work in synergy and increase sensitisation efforts to enable communities to understand EVD for effective and efficient eradication;

• Improve information and communications systems in an effort to strengthen sensitisation and promote community participation, taking into account cultural contexts;

• Improve infection prevention and control measures in all treatment centres to prevent health personnel from contracting and dying from Ebola;

• Put in place a monitoring and evaluation system of regional strategies and conduct research around the disease.

Human and financial resource mobilisation continues to be sought from WHO’s partners, United Nations (UN) agencies, and other stakeholders. On Friday, WHO and the affected countries issued the Ebola Virus Disease Outbreak Response Plan in West Africa covering Guinea, Liberia, Sierra
Leone, neighbouring states, and other countries in the region from July to December 2014. The joint WHO-tri-national plan, estimated at US$ 100.5 million (funding gap is US$ 71 million) calls for additional human and material resources that align with the measures in the Joint Declaration.

The total number of cases is subject to change due to ongoing reclassification, retrospective investigation and availability of laboratory results. Data reported in the Disease Outbreak News are based on official information reported by ministries of health. 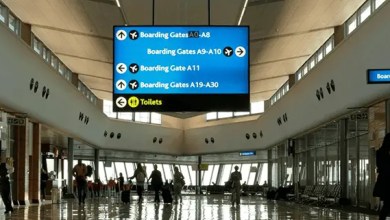