Fairlawns Boutique Hotel & Spa continues to demonstrate its cutting-edge relevance and elegance by adding numerous, prestigious awards to their already impressive list of accolades. The renowned Johannesburg establishment has received three World Luxury Awards, The Diners Club Platinum Wine List Award 2017, and obtained an astounding 97% grading score from South African Tourism thereby cementing their long-standing Five Star status. These achievements are indeed a testament to the excellence and innovation that Fairlawns is synonymous with. 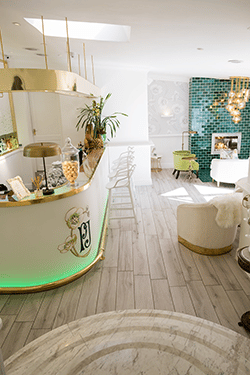 Their latest source of pride is the decadent MUSE Champagne Room and adjoining Courtyard, in collaboration with French Champagne House, Perrier-Jouët, a sumptuous mix of elegance and contemporary design, using nature as its source of inspiration. MUSE offers an eclectic range of designer cocktails, as well as a signature Casse-Croûte menu.

The Fairlawn’s flagship restaurant, Amuse-Bouche, was announced as a winner in the Luxury Hotel Restaurant, Regional Category, at the 2017 World Luxury Restaurant Awards held in Hanoi, Vietnam. Awards in this category are based on the food experience combined with aspects of service excellence, presentation, quality and menu choices, as well as the high standard of interior design.

The World Luxury Hotel Awards bestowed a further two awards on Fairlawns; ‘Luxury Spa Hotel – Country Winner’ and ‘Luxury Boutique Hotel, Regional Winner: South Africa’. These prestigious awards are truly something to be proud of and to win in three categories, admirable!

The World Luxury Hotel Awards is the pinnacle of achievement in the luxury hotel industry, offering international recognition as voted by guests, travellers and industry players alike. Over 300 000 international travellers vote each year to select the winners. The World Luxury Hotel Awards is a recognised global organisation providing luxury hotels with recognition for their world-class facilities and service excellence provided to guests.

Fairlawns Boutique Hotel & Spa is an all-round star in all aspects; food, beverages, accommodation, spa, service, decor and guest experience! It is therefore only fitting that they receive an almost perfect score from South African Tourism. They are incredibly proud to have earned a very impressive, 97% score in their grading as a 5-star boutique hotel. Undisputedly one of South Africa’s very best boutique hotels!

“As we stand on the cusp of December 2017, it is imperative for me to reflect on what has essentially been a continuation of Fairlawns Boutique Hotel & Spa’s ‘butterfly years’ – taking the property from a grand old dame, to an exquisite tour de force, not only from a South African perspective but also internationally. I stand indebted to my wonderful staff, and also to the guests of Fairlawns, both those who have been visiting our lovely oasis in the city for years, even decades, and also those who have only recently discovered us. I am humbled by these achievements and would like to thank each and every person, including our most loyal guests, who contributed to Fairlawns’ success over the past year. It is full steam ahead for us as we have dreams to build, plans to action, smiles to create, and wings to grow”, shares Michael Kewley, Managing Director of the Fairlawns Boutique Hotel & Spa.

Editor’s Note: To view the World Luxury Hotel Awards Global and Africa Continent winners, click on the image below. 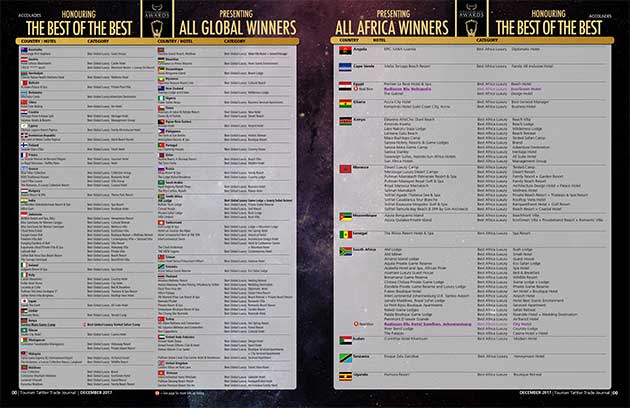