fastjet Plc has announced its passenger statistics for the month of October 2013. fastjet operations in Tanzania carried a record total of 33,778 passengers achieving an average load factor of 70 per cent, despite a 14 per cent increase in capacity.

Ancillary revenue (from baggage, ticket changes and in-flight retail) accounted for over 10 per cent of total revenues (up from 7 per cent in June) and continues to grow rapidly. Following the recent introduction of fastjet’s first international route linking Dar es Salaam and Johannesburg, cargo revenues are also expected to grow significantly.

Punctuality remained excellent with 94 per cent of flights operating on time Note 5.

Ed Winter, interim Chairman and Chief Executive Officer of fastjet, said: “We are very pleased to have achieved an average load factor of 70 per cent across the network in October, a traditionally weak month, and the month we launched flights to Johannesburg from Dar es Salaam.

“The growth in ancillary revenues is also encouraging. Ancillary Services represent an important part of the low-cost model and it is great to see this revenue stream now representing 10 per cent of total passenger revenue.  Our in-flight retail contract is performing very well and work is currently underway to offer a wider selection of services such as accommodation, car hire and insurance which will support this revenue growth.  Cargo capacity is now also being sold on the popular Dar es Salaam to Johannesburg route, complementing our existing domestic cargo capacity.”

“We recently announced an increase in domestic flying in Tanzania to meet demand from our customers and we expect to announce our next international route shortly.”

“As we approach the first anniversary of our inaugural flight, I am delighted with the progress we have made in the past 12 months and the direction the Company is moving in. We announced last week that Lonrho had sold its remaining stake in fastjet.  This is a logical and mutually beneficial parting of ways.  Lonrho has not been involved in the business since it was bought and delisted in July 2013 at which time it decided to concentrate resources on its core operations. As previously announced, fastjet is working towards restructuring the legacy businesses it inherited from Lonrho.

“We have grown the business substantially in the face of many challenges since last November.  Our existing cash resources and equity draw down facility provides us with sufficient working capital for our near term requirements as we continue to seek to address our longer term funding requirements for further expansion next year.  Our aim to become Africa’s first low-cost carrier is well on its way to becoming a reality.”

4.    “fastjet Operations” includes only statistics for Fastjet Tanzania operations which commenced on 29thNovember 2012 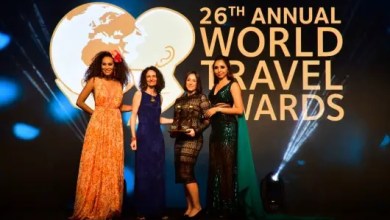