Proving that they are “Africa’s greenest hotel”, the recently opened, Hotel Verde, has scooped the Water Conservation Award at the Eco-Logic Awards held in Johannesburg on 26 September. The award was presented to the owners Mario and Annemarie Delicio at the ceremony in Maropeng which was hosted by The Enviropaedia, in association with SABC3.

“This award is recognition of the years of work and dedication of the entire professional team who have made Hotel Verde, Africa’s greenest hotel” said Mario Delicio on acceptance of the award. “However, our work is not done and every employee at Hotel Verde continues to be eco-conscious wherever they can, because we simply owe it to our environment”

The award was sponsored by Rand Water and successful finalists were evaluated according to certain criteria as explained by David Parry-Davies, editor of The Enviropaedia and co-host of the Eco-Logic Awards. “We were looking for an organisation which reflects the qualities of Eco-Logic; collaborates with nature, does long-term planning, has a holistic perspective, offers a high quality product or service, demonstrates Ubuntu care for the community, as well as an organisation that is innovative and has an inspirational long term vision”. According to Parry-Davies, Hotel Verde, although only operational for 6 weeks, was able to ‘tick the box’ for all of the Eco-Logic qualities. “The leadership and attention to every little detail at Hotel Verde is absolutely outstanding. We cannot praise them enough”.

Leslie Hoy, Manager of Environmental Management Services at Rand Water, sponsor of the Water Conservation Award and one of the judges, explained that the judges looked for both theoretical as well as practical examples of what the nominees have achieved.

“I wanted to see, as an example, that savings were quantified and not merely explained or spoken about. We had to see that the nominated person or organisation had looked at the matter holistically and set processes in motion that will go into the future, and not just for the next event/day/program. Because Water Wise believes that it is not just about turning off the taps, it is also about preserving everything in our wider environment that could impact on a water resource, I also looked for anything in the nominees presentations that could tell me, for example, that they are also saving electricity, or encouraging waste recycling, or cleaning oil spills etc. in addition to conserving water, as these if left unattended also impact negatively on our water resources”.

Andre Harms, sustainability consultant and project manager to Hotel Verde explains, “Hotel Verde is harvesting and saving water on all fronts. Water saving measures in place range from several significant high tech systems to many small initiatives implemented throughout the hotel that all add up to a significant saving. The implemented water saving measures combined, amount to a sizable, estimated 37% potable water saved”.

According to Harms, Hotel Verde’s cutting edge innovations and technologies demonstrate what can be done for a more sustainable future. A visit to the hotel confirms that “green notes” and display screens strategically placed throughout the hotel describe sustainable principles implemented. Guests are incentivised through “Verdino’s” which is a credit and reward system encouraging guests to be “green”. Verdinos are awarded to guests who re-use towels and linen, and do not use air-conditioning, thus increasing their awareness of the energy and water saved in doing so.

Guy Stehlik, CEO of BON Hotels who manages and operates Hotel Verde and has been involved in the project from ground level, applauds the owner and project team for their innovative thinking and perseverance to push the sustainable boundaries. Commenting on the award, Stehlik said, “The significance of being involved in a project of this nature, plus its learning in terms of future hotels, is invaluable. Hotel Verde is definitely the most innovative hotel in the country and we are thrilled to be involved in a project of this nature.”

“Hotel Verde is strategically placed to play a key role in the future of green building and sustainability in South Africa”, says Delicio. Despite the fact that this is the first of its kind, the Hotel Verde team doesn’t want it to be a secret; they want to share their convictions with anyone who’ll listen. “We might have the slogan ‘Africa’s greenest hotel’ right now, but we hope it won’t be for long. We want to show the continent what can be done. We want to challenge the industry as a whole.” 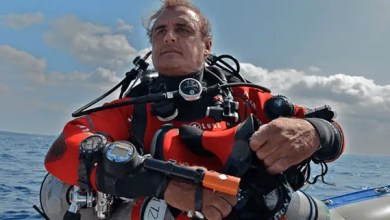