Iris Warriors is an original story told through dance and shared through film, enhanced and brought to life with cutting edge CGI and an original score.  Written by Don Macnab-Stark and directed by Roydon Turner, Iris Warriors is currently being filmed in Cape Town by Donroy Entertainment Limited.

The idea and concept for Iris Warriors came to Roydon about 6 years ago. A vision of creating a ballet depicting the story of the birth of colour and using elements such as Light, Darkness and Colour to simply, yet intensely, unravel the story.  It has since evolved into a dance film, making it accessible to a wider audience, and allowing the story to unfold on different levels.

The story begins in an orphanage in World War Two England.  As bombers rumble above the house, the children are woken in the middle of the night and hurried to the safety of the cellar. In hopes of distracting them from the terror going on above them, their teacher, Miss Shaw, begins to tell them the story of the Iris Warriors. But what starts as a simple story read from a book soon becomes a magical tale set on a floating crystal island, a dazzling blend of music and drama and dance.   Thus commences the ballet, the tale of Light and Darkness, a creation myth that tells how their conflict produced their children, the Iris Warriors, and the birth of colour.

Each scene of the ballet has been meticulously scripted and crafted using different genres of dance to emphasise and differentiate the characters. Light is buoyant in nature, reflects purity, and is thus represented through classical ballet. Darkness is heavier, more earth-bound, carries the burden of creation – she is portrayed through modern ballet. Each Iris Warrior – yellow, red, blue, violet, green, indigo and orange – combines classical and modern ballet, reflecting and demonstrating the attributes of both their parents, Light and Darkness.

Every aspect of the production is unique, created specifically for the Iris Warriors.  The original score has been composed by Matthew Oliver, produced by Jake Bright and will be performed by the Slovak Philharmonic Orchestra.  The CGI animation has been brought to life by Rob Rae from Toronto-based Motion Cult studios.  It’s a story told through many different mediums, each helping to create the bigger picture.

There are many different hidden meanings within the story, metaphors and allegories that will allow the audience to see and interpret the story in their own way as they watch the Iris Warriors battle to create harmony and balance in a world full of virtues and vices.

The film will be released in the summer of 2017, with a live production set to be performed at Spier Wine Estate in February/March 2017. For more information on Iris Warriors, visit www.iriswarriors.com and follow the journey on our social media channels, search for IrisWarriors on Facebook, Twitter and Instagram. 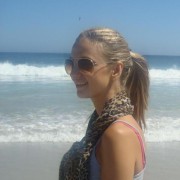 Shop and Savour at Gabriëlskloof Market