Yesterday (26 August 2015), kulula.com passengers travelling from Jo’burg to Cape Town were in for a big surprise when they found themselves on the celebratory flight of a brand spanking new Boeing Next Generation 737-800. The award-winning low-cost carrier rolled out the green carpet for the delighted passengers of flight MN111and treated them to a VIP reception that included live in-flight entertainment by top SA comedian Marc Lottering.

“For the launch, we could have hosted a VIP party for a few big shots and celebrities. Instead, in true kulula style, we celebrated and had a good time with those VIPS that really matter, our passengers,” says Bridgette Ramuluvhana, Marketing Manager for kulula.com.

Celebrations were kicked off by Marc Lottering welcoming passengers on board the flight. “I fly kulula a lot, but have never ever been hosed down before a flight! A truly magnificent experience on a magnificent new plane!” says Lottering.

The comedian then introduced Bryan Carlisle the Comair Engineering Manager in charge of bringing the new kulula bird all the way from Seattle in the States to South Africa. Bryan shared his 42 day journey with the kulula plane, from it being built at Boeing to its 22 hour ferry flight to Jo’burg. The state-of-the-art plane unveiled today is the second last of six Next Generation Boeing 737-800’s that will be flying in South African skies before the end of 2015. With a total investment of R2,5 billion for the entire fleet, kulula takes delivery of the last plane in October.

“Back in 2010 Comair who operates kulula, made a decision to take on new aircraft. The brief was to find a plane that is lower on maintenance cost, lower on fuel and enhances the on-board experience” says Ramuluvhana.

“The new aircraft which has been fitted with split scimitar winglets carries 189 passengers and are currently the most reliable for short haul travel. They are amongst the most fuel efficient aircraft available, making them cheaper to operate and kinder to the environment than older planes. They also sport modern interiors with LED mood lighting (that allows kulula to light up the cabin with different colours) and more storage space in the cabin.” Says Ramuluvhana.

About kulula.com: kulula.com is a privately-owned low-fare airline, operated by Comair Limited. This adventurous brand, which celebrates its 14-year anniversary in 2015, has since inception revolutionisedair travel in South Africa by making flying much easier and more affordable for customers. kulula is IOSA (IATA Operational Safety Audit) compliant and maintains the highest standard of safety at all times. In June 2015, kulula was rated as the top South African low cost carrier, according to the latest SA Customer Satisfaction Index on the industry and was most recently voted as South Africa’s top airline for business travellers in the 2015 Sunday Times Top Brands survey. Earlier this year, the airline was internationally recognised, by AirlineRatings.com, as one of the top ten safest low-cost airlines for 2015. Since 2010, kulula has been rolling out its Boeing 737-800 (189 seats) fleet upgrade plan and operates more than 412 flights a week across 14 domestic routes. kulula has entered into a codeshare agreement with Kenya Airways and Air France to provide more choice for customers.

kulula.com offers more than just flights. They offer holidays, hotels and car rentals too. It’s the one-stop place for anyone looking for affordable travel options in and around South Africa, making it possible to go places, whenever, wherever, however. For more information about kulula and its various offerings, including how to become a fan, affordable holiday packages, the kulula mobi site and online check-in service, visit www.kulula.com. Become a kulula fan at https://www.facebook.com/iflykulula or follow us on twitter (https://twitter.com/kulula)

About Boeing: Boeing Commercial Airplanes, a business unit of The Boeing Company, is committed to being the leader in commercial aviation by offering airplanes and services that deliver superior design, efficiency and value to customers around the world. There are more than 12,000 Boeing commercial jetliners in service*, flying passengers and freight more efficiently than competing models in the market. 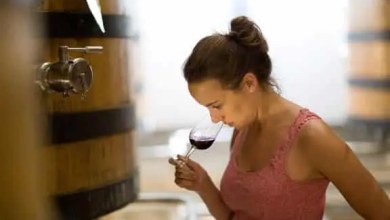