Lights… Camera… Action… It was a joyful celebration of a year filled with fun, laughter, learning, song and dance, as the top performers in the Tsogo Sun Arts Academy took to the stage for their year-end concert.
The irrepressible joy of performing to an audience was obvious as the children, aged between 10 and 16, performed for a panel of professional judges at the Gold Reef City Lyric Theater on 14 October. The young stars were selected from among the 480 children from 12 underprivileged primary and high schools in Diepsloot and Mayfair in Gauteng who participated in the Tsogo Sun Arts Academy programme this year.
“This is the fourth year we have invested in these youngsters through the Arts Academy and every year we are more and more delighted and amazed at their enthusiasm and insatiable capacity to learn,” says Shanda Paine, Tsogo Sun’s Group CSI Manager.
The Arts Academy is a carefully structured full-year curriculum that uses the arts as a catalyst to provide opportunities for change in the lives of young people in disadvantaged communities. It focuses on developing artistic talent and providing life skills development and extra-curricular activities at the schools. The All Stars programme is a spin off from the Academy and is designed to give the particularly talented youngsters the opportunity to explore a future in the performing arts industry.
The year-end concert, which features more than 100 children in a variety of exciting and energetic numbers, follows on from two successful community concerts – in Diepsloot and Mayfair. Adjudicators from the industry have assessed the performances, and the show will conclude with a much-anticipated awards ceremony in five categories – the top academic achiever, top school, the best individual performer, the educator team award, and and the recognition of leadership shown by the youngsters in the programme.
The programme has seen many of the youngsters blossom over the course of the year and in May six of the All Stars from Mayfair and Soweto were invited to audition for a bursary with the New York Film Academy along with 40 other talented young hopefuls from around the country. One of the students, Andries Machaba, was awarded a local bursary to work in his gap year alongside the ‘Be Your Dream’ team headed by renowned local artist, Anais.
The All Stars also performed at the iStart2Sing Music & Arts Festival at Constitution Hill alongside several well-known South African performers such as Yvonne Chaka Chaka and Black Coffee, and took part in the Nick Fest event at SilverStar Casino as invited performers of the Nickelodeon TV Channel.
The life skills educators in Diepsloot Primary School 4 expressed their gratitude to the Arts Academy in a letter earlier this year. “The Tsogo Sun Arts Academy has helped us guide our learners such that they work independently. Learners have also acquired the skills of identifying problems, critically solving them, and making sound decisions. Over and above, the programme has helped us as far as discipline is concerned and many learners have learnt to behave in a suitable manner.”
“That’s what it’s about,” says Paine. “We may not turn out a bevy of Beyoncés every year, but if we’re adding value to the children’s lives and giving them a fun opportunity to shine on stage, we’re contributing to a brighter future.”
Tsogo Sun’s portfolio includes over 90 hotels and 14 casino and entertainment destinations throughout South Africa, Africa, the Seychelles and Abu Dhabi. The Group operates in all segments of the hotel market from Deluxe to Budget. For further information, visit tsogosun.com, follow on Twitter @TsogoSun or on Facebook.com/TsogoSun. 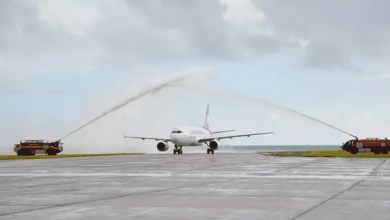 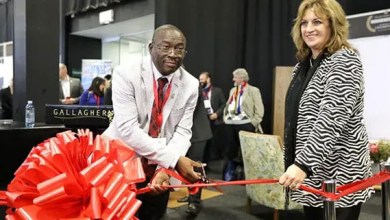