JOHANNESBURG, 06 May 2019 – A royal wine experience hits the City of Gold on 14 July, when two outstanding boutique Cape wineries put on a once-off showcase of their collection of extraordinary vintages. Dubbed the GO LARGE Lunch, the event sees 9-litre bottles from the famed Bot River region’s King of Shiraz and Queen of Méthode Cap Classique served up alongside the big, bold flavours of Urbanologi restaurant.

The featured wineries are Luddite, whose owner-winemaker Niels Verburg is renowned for his Midas touch with the red cultivar, and Genevieve MCC, crafted by owner Melissa Nelsen. Both hail from Bot River in the Overberg, a region known by its credo “real wine made by real people”; the unspoilt, down-to-earth, sociable character of the farmers; and, wines for lovers of the road less travelled.

For the small-town experience in the big city of Jozi, serving the Shiraz from 9-litre bottles and the MCC from magnums makes the occasion unique. The aim is to give enthusiasts the opportunity to experience the difference in taste that a large-format bottle makes.

Guests will be welcomed with canapes and the 2010 vintage Genevieve MCC, a tiny producer with small amounts bottled in magnums.

Then it’s onto a tapas-style lunch paired with five vintages of Luddite Shiraz out of 9-litre bottles; 9.0 L Salmanazar: Equivalent to twelve standard 750 ml bottles or a full case of wine! – the first of its kind to take place in Johannesburg and one designed to show the varying effects that terroir, climate and crop size has on wine. “In a big bottle format, wine comes across fresher,” says Niels’ wife, Penny, who co-hosts the event. “It just seems to age better in big bottles.”

Luddite has built a loyal following since its establishment, particularly for the Shiraz whose first vintage came in 2000. In fact, the 8,5ha farm was bought with Shiraz being the Verburg’s sole aim. Luddite was the name given to 19th-century workmen who destroyed labour-saving machinery. The name suited Penny and Niels’ focus on artisanal passion and excellence rather than wine mechanisation.

Today, some people describe Luddite Shiraz as Niels-in-a-glass; he’s six foot four, with a smile the embodiment of a warm embrace.

As for the bubbly to be served, 2010 was the first year Melissa decided on magnums, setting aside just 120 bottles of her precious Genevieve MCC. She had always had a love for bubbly and when the opportunity arose to make it, she jumped. Genevieve is her second name and the patron saint of Paris, making Genevieve MCC the perfect link between great South African MCC made in the style of French Champagne.

The Genevieve 2010 spent four years on lees and five years on the cork. Made from Chardonnay, the wine shows delicate and generous bubbles with crisp aromas of lime blossom, fig and hints of bright mineral flavours. Vibrant and supple on the palate, it reveals rounded and expressive flavours of pear and brioche that linger.

Coming together at Urbanologi, famed for fine, eco-friendly food, the wines meet a formidable partnership that has been described the “clear standout of must-visit inner-city dining spots”. Located at the uber-cool 1 Fox Precinct of Ferreirasdorp in the heart of Jozi, the restaurant epitomises the concept of casual fine dining.

It’s an ideal match with Bot River’s farmer-friendly philosophy thanks to chef Jack Coetzee’s new Project 150 culinary mantra – a sustainability declaration to source all ingredients except spices, within 150km of the restaurant.

For the GO LARGE Lunch, Jack goes beyond the ordinary, stepping away from the regular menu. He won’t reveal the line-up just yet, except to say a divine culinary surprise awaits.  One thing’s for sure though: if you’ve booked a seat, you’re in for a royal treat. 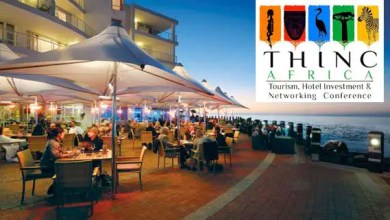