Over 100 days and 500 entries, South Africa’s favourite Jazz artists have been found.

On the 4 December 2018, five jazz artists performed at Katzy’s Rosebank in Johannesburg for the opportunity of a lifetime, to be selected as the overall Emirates Pursuit of Jazz winner, and perform at New York’s world-famous Blue Note Jazz Club during the NYC Winter JazzFest in January 2019, and a record deal with Universal Music Group (UMG). To everyone’s surprise, not one, but two musicians soared to the top with their unique and electrifying sound.

Fouad Caunhye, Regional Manager, Emirates Southern Africa has said, “Music creates connections and brings people together, as does Emirates. Both music and travel cross borders and unite individuals all over the world, regardless of age, gender, ethnicity or culture. Siya and Gally‘s talents are exceptional, and we are thrilled to be taking both of them to New York, for a performance of a lifetime.”

The people of South Africa also had the opportunity to vote for their favourite artist via the Emirates Pursuit of Jazz website.

“While we as a country are no strangers to music competitions, Emirates Pursuit of Jazz presented us with a rare opportunity to find talented musicians of a legacy genre that has shaped the music scene for over a century,” said Lebo Kgothadi, Brands and Partnerships Manager, UMG. “We believe Gally and Siya are the best people to represent South Africa’s rich jazz scene both locally, and abroad and we look forward to working with the pair on the single.”–

About Emirates: Emirates is the world’s largest international airline with a global network of 161 destinations in 86 countries across six continents. Emirates operates 271 modern aircraft and is the worlds largest operator of the Airbus A380 and Boeing 777 family of aircraft. The airline’s luxurious amenities, regionally inspired gourmet cuisine, award-winning in-flight entertainment system – ice – and unmatched hospitality provided by its iconic multilingual Cabin Crew from over 135 nationalities have made Emirates one of the world’s most recognized airline brands. 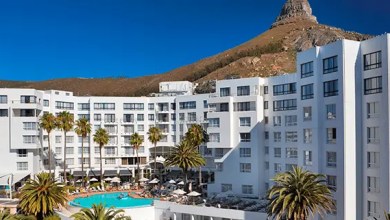