In spite of being the largest city on the Yucatan peninsula, Merida, Mexico, has a very easy going and old-world feel to it thanks to the elegant colonial mansions, horse-drawn carriages, tree-lined wide boulevards, hidden courtyards and tropical gardens. The city also has a varied mix of natural, historical and cultural points of interest that are just a short drive away, making it the perfect base for exploring Mexico’s Yucatan peninsula.

With so much to see in Merida, a trip to this Mexican city may seem a bit mind-boggling. To help, we’ve rounded up the most significant attractions in and around Merida that must belong on any visitor to-see list.

The city of Merida is home to several colonial mansions and homes. These grand mansions and stucco-walled homes were built by wealthy plantation owners in the 19th century and have now been transformed into galleries, museums, small hotels and restaurants.One of the most alluring mansions on the city is the Palacio Canton. Located on the city’s most magnificent boulevard, Paseo Montejo, this mansion is home to the city’s archaeological museum that houses Mayan treasures. Mexico was once the home of the famous Mayan civilization. Many cities like Cancun have museums which display and promote Mayan art and culture.

In the 19th century, Merida became a prosperous community, by virtue of its vast henequen plantations that produced‘sisal’, a fiber used to make rope.Located 25 miles south of Merida, Hacienda Sotuta de Peon is a working plantation that gives visitors insights into the 19th century henequen farms. Visitors can tour the old hacienda, visit the fields via horse-drawn vehicles and can also interact with the 80 Mayan families who live and work on the farm to understand their daily life and customs.

Located 74 miles east of Merida is the world-famous Mayan ruin site of Chichen Itza. The Mexican government has revived 18 structures on this site out of which the most significant ones are The Temple of Kukulkan, sometimes called El Castillo or the Kukulkan Pyramid,El Caracol – celestial observatory and the largest ball court in Central America. The site, with far-reaching views of the region from the top its tallest structures, has been named as one of the New 7 Wonders of The World.

Located 50 miles southeast of Merida, Uxmal is known for its elaborate stone and the unusual rounded Pyramid of the Magician.Designated a UNESCO World Heritage site, Uxmal is regarded as one of the most aesthetically charming Mayan sites in the Yucatan. The differing heights of the large site in the Puuc Hills add to its charisma.

Termed “magical” by the Mexican government for its appeal and undying beauty, Izamal is a short 45-minute drive west of Merida.This city is a peaceful retreat with colonial buildings built above an ancient Mayan center. Most of its buildings are painted a bright yellow. Horse-drawn carriages carry visitors from one place to another. Shops in Izamal sell local folk art, Mayan crafts and the ever-popular Yucatecan hammocks. Every night, a light and sound show named ‘Light Of The Mayas’ is organized in the plaza.

Just 9 miles from Merida, Dzibilchaltun, is another Mayan site, where visitors can also enjoy a dip in a freshwater cenote!

With a few eco-hotels and seafood restaurants, Celestun is a peaceful district located 60 miles west of Merida. The main attractions of this town are the flamingos. From the month of March and right until August, hundreds of these bright pink colored tropical birds flock here to nest in the estuary.

Author Bio: Martin Cowell’s love for business is only rivaled by his love for Mexico. Follow him on https://twitter.com/iownakumal 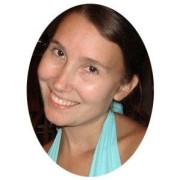