The Federated Hospitality Association of Southern Africa for the Western and Northern Cape (FEDHASA Cape) held its 10th Annual General Meeting (AGM) recently where it elected its Chairperson, Rob Kucera as well as 2 Segment Chairs and 1 Alternate.

Rob has contributed to the advancement of hospitality within the South African tourism industry spanning over 21 years. He has gained valuable management and operational experience at the Palms Hotel in Pretoria, the Sundown Ranch Hotel in Rustenburg, the Karos Safari Hotel in Rustenburg, the Karos Mount Aux Sources in Drakensburg and the Karos Manhattan Hotel in Pretoria. His first appointment as General Manager was in 1995 at the Karos Movenpick Wilderness Hotel and Resort. Protea Hotels took control of the Karos Group and he was appointed as GM of the Protea Hotel Kruger Gate in June 2000. He also played a major role in building the reputations of the Protea Hotel Kruger Gate, and the Protea Hotel President in Bantry Bay in June 2002 landing him the Protea Hotels General Manager of the Year Award in 2004. From February 2006 to 2009, he was made GM for the prestigious Westin Grand Arabella Quays Hotel in Cape Town and in 2009, became GM of the Arabella Western Cape Hotel & Spa.

Once Arabella Western Hotel & Spa was sold to Hospitality Property Fund in 2011, he accepted the position of Chief Operating Officer (COO) which comprised of 27 hotel assets being owned by Hospitality Property Fund, of which he was overseeing the hotels on behalf of the fund. A year later, 2012, he was offered the GM position at the Westin Cape Town where he has been based.

With a MBA from the UCT Graduate School of Business, Sissel has been the owner and Managing Director of Rosendal Winery and Wellness Retreat in Robertson since 2005. At Rosendal Winery, she offers the discerning traveller a unique country guesthouse and spa experience. It is renowned for its warm hospitality, pristine mountain setting, excellent cuisine and award-winning wines. Sissel’s business acumen won the establishment the 2013 Trip Advisor Certificate of Excellence.

She is also project manager for 2 hospitality building projects where she uses her 9 years’ experience in business in the hospitality industry to oversee the overall responsibility for the successful planning, execution, monitoring, control and closure of the projects. In addition to her already successful career, in 2013 she was Co-chairperson for the Women in Business Club at GSB. Balancing her career and parental responsibilities, between 2011 and 2012 she was the Chairperson of the Bishops Parent association and member of Springfield PTA where she used her business skills as the Fundraising and Class Rep coordinator.

Small Accommodation Alternate: Matanzima Pae, Owner at One One Guesthouse

Matanzima has over 30 years’ experience in the hospitality industry in various countries; namely: Lesotho, Namibia, Kenya and South Africa. He is currently the owner of One One Guesthouse in Kuilsriver, Cape Town, which he opened in September 2013.

From 1985 to 1992 he worked for Sun International Lesotho, specialising in Food & Beverage Management. His management skills were recognised by the hotel and he also got to head the Banqueting Department, Room Services, and Staff Training. In 1992, he was promoted and moved to Namibia where he worked on the Sun International Hotel Group’s Food & Beverage Special Projects; including managing the opening of a new restaurant. During his five year stay in Namibia, he also worked for a three star privately owned hotel as Food & Beverage Manager/Deputy General Manager.

In 1998 he moved to South Africa where he worked for Sun International, Southern Sun Group, Glenburn Lodge, and Neledzi Cleaning Services in various management positions before branching out to open his own Guesthouse in 2013. In recognition of his contribution to the industry, he was awarded two certificates of merit by Sun International and Continental Hotel in Namibia.

Terence worked as a Trade Union Secretary until 1994. He was also Vice Chairman of the Employer’s Association as well as Chief Employer Negotiator. As a result, he has extensive experience and an in-depth analytical understanding of the labour industry in South Africa. He joined the hospitality industry from 1994 working in various positions including as Group HR Manager – ATOMIC Group, Bidvest.

He currently holds the position of Group Executive: Industrial Relations at the Tsebo Outsourcing Group (Fedics). Having held the position since 1 July 1999, he carries a wealth of 15 years industrial relations experience in the hospitality industry. 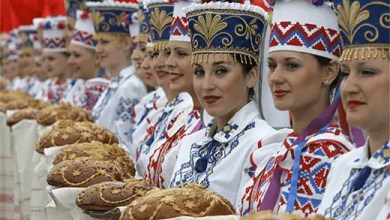