Guy Stehlik, CEO of BON Hotels, a South African based company that owns, manages and markets hotels’, first priority on taking over Shelley Point Hotel in October was to appoint a new General Manager, that of Emile Roworth. 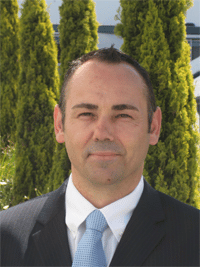 Says Guy, “Emile brings a wealth of experience to the table and we are confident he is up for the challenge of steering this beautiful property in the right direction.”

After matriculating from Jean Kriel High in 1999, Emile went on to get his Hotel Management Certificate from the Granger Bay Hotel School. During that time he also achieved a Protea Hotel diploma in Hospitality Management Services and ever thirsty for knowledge he added to his skills by attending various courses in food preparation, human resources, finance and service standards. His career began as a trainee with Protea Hotels where he worked his way up to manage and open other Protea properties and various other top hotels in South Africa and in Africa (the likes of Uganda, Libya and Nigeria) – pretty impressive given his humble beginnings as a petrol attendant to earn extra money at school.

What gets Emile up in the morning is the knowledge that he has another day to make a difference, and it is this outlook on life that has earned him a successful 14 years in the hospitality industry.

His particular talent lies in bringing out the best in people which makes for a great General Manager – he is a team player, which fits in very well with the BON Hotels ethos.