The Southern African Association for the Conference Industry (SAACI) has elected a new chairperson and deputy chairperson.

Roberts has been a member of SAACI for ten years.  She has served as head of SAACI’s advisory board and as venues representative for the board.  She is a director of Cape-based Mise-en-place Solutions.

Fouché has been a member of SAACI for eight years and is the association’s former Western Cape branch chair.  He is general manager at stage and production design company Formative.

“Being involved with the SAACI team has always been about giving back to an industry that I have been involved in for many years. I look forward to sharing knowledge and continuing work on professionalising the business events industry.  In today’s fast-moving business environment, professionalism is the name of the game.  We must continue to grow as the voice of the business events industry by improving the sustainability of the association. We also need stronger communications and conversations with the larger portion of the membership body,” says Roberts.

“I am very passionate about the business events industry and I am honoured to be part of the team that takes the industry forward. This is a great family to be part of, which contributes a great deal to the country’s GDP.  I’d like to see us flourish even more,” says Fouché.

Roberts says the organisation’s recent board lekgotla set firm strategies to focus on three areas in the immediate term, with goals for two and five years respectively.

“These include facilitating trade and growth in our industry in South and Southern Africa and growing opportunities for our members.  We also want to involve our members more and give them a platform to be part of decisions while encouraging them to contribute, discuss and work with us to work for them.

“The strategy also gives new board members more clarity on where we are heading as well as a clear framework for the recently appointed chief executive officer,” she says.

Fouché says SAACI also wants to increase opportunities for its youth members to help them grow and benefit more from their membership and the industry at large.

“We want to create growth via collaboration opportunities and grow the platform for further business within the industry.  It is then up to our members to grab the opportunities and make them work for them,” he says.

Roberts succeeds Wayne Smith who disappeared in June.  There has since been no trace of him.  Arrests have been made with a pending court case set for early next year.

“This is an election year.  We would have done this normally at the congress, but have held out to the next board meeting.  As an association responsible to its membership we have had to move forward and host the election to ensure our continuity in leadership in order to drive SAACI forward,” says Roberts. 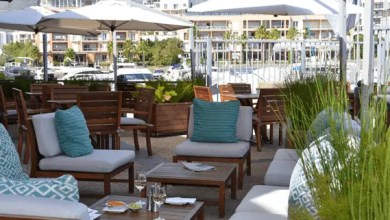