Read this article on visitmosselbay.co.za here

The Mossel Bay Travel Festival was designed on the model of the New York event, and is now one of its official affiliates.

Mr. Weiss will travel at the invitation of the Western Cape Province’s MEC for Finance, Economic Development and Tourism, Alan Winde, and will present the keynote address at MEC Winde’s Tourism Plenary on the 18th of October, which is the opening function on the Mossel Bay Travel Festival’s calendar.

“What sets the Travel Festival concept apart is that it’s designed as a mash-up of real world events and on-line activity, and we’ll be measuring it’s success largely by the amount of exposure we can create on the social media,” said Mossel Bay Tourism’s Marcia Holm.

The Festival will include a day of discussions and presentations (the 18th), a day of desk-top exhibitions (the 19th), and a day of actual travel (Sunday 20 October).

“The Minister’s Plenary will be open to anyone in the tourism industry – although you’ll have to book a space – and these events always attract an interesting mix of speakers who address issues that affect the industry,” she said. “Then in the afternoon, we’ll have a number of presentations that will be open to everyone, with Jazz Kuschke speaking on getting the best out of your holiday photos, Michael Frauen of the German web site Pearls of Africa (http://www.pearlsofafrica.de/) speaking on accessing the German Market, and our own Dr. Peter Nilssen, who will deliver a lecture on human origins, with particular reference to the Pinnacle Point Caves.”

Day two will see a large number of tourism products from the Garden Route and Klein Karoo exhibiting at the Dias Museum Complex – with entry free to all.

“On the third day, we’re actually going to travel – and one of the highlights of the day will be a Point of Human Origins Tour, which Roni will take in the company of a group of ten travel agents from Cape Town, who’ll be coming to the Festival thanks to sponsorships from Hylton Ross, the Point Village Hotel, The Point Hotel, the Edward Charles Manor, and Diaz Beach Haven,” said Ms. Holm.

She added that Mr. Weiss will be accommodated in Mossel Bay by Linkside 2 Guest House.

“Since the social web is a vital part of the event, we’ll be live streaming the presentations on Friday – and this will be a double first, since it’ll be the first time a Minister’s Plenary will be held outside of the Cape Peninsula, and the first time a Plenary will ever be shared via the web in real time.

“I believe we’re going to learn an enormous amount from him, and Mossel Bay – and the Province – have already begun benefitting from the exposure we’re receiving on the New York Travel Festival’s web site.

“The affiliation between the two events is an exciting new way of getting our message to an incredibly wide audience, he said. “Social media marketing is the future, and it’s good to see one of our own towns using it to its best advantage.”

For more information, please go to www.bit.ly/MBTFest. To book a seat at the Plenary, please contact Neo Mocumi at 021 483 9006 or TAE.Partnership@westerncape.gov.za; to book for any of the presentations on Friday afternoon, to exhibit on Saturday, or to offer tours or special prices during the Mossel Bay Travel Festival, please contact Marcia Holm at Mossel Bay Tourism – 044 691 2202 or manager@visitmosselbay.co.za. 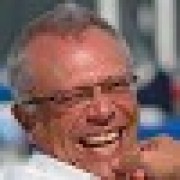 Emirates ready to serve travellers and welcome tourists to Dubai

People On The Move