Johannesburg, 19 June 2017 – The management of O. R. Tambo International Airport (ORTIA) is well aware of and concerned about incidents of crime in the vicinity of the airport and against people followed to their destinations from the airport. Image credit: Mujahid Safodien/AP.

Below is an audio clip statement on follow-home crime from ORTIA. The voice on the audio is Leigh Gunkel-Keuler, Senior Manager Corporate Affairs, O.R. Tambo International Airport.

“The safety and security of passengers and visitors to O.R. Tambo International Airport remains of paramount importance to airport management. We are therefore particularly concerned by the latest occurrence of follow-home crime in which two people were shot and wounded,” said Leigh Gunkel-Keuler, spokesperson for O.R. Tambo International Airport.

“It is our understanding that there is a high level of awareness of these matters within the South African Police Services (SAPS), which has the responsibility for preventing and investigating crime in and around the airport.  As airport management, we continue to engage with the SAPS on these matters and attempt to effectively communicate the concerns that we hear from the public. In addition, we provide any assistance we can to the efforts of the SAPS to prevent a crime that is connected to the airport in some way,” said Gunkel-Keuler.

The aviation sector can, therefore, be regarded as one of the most regulated in the world in terms of security. All countries that are signatories to the International Civil Aviation Organisation (ICAO) conventions must subscribe to its requirements. The most important regulatory function performed by ICAO is the formulation and adoption of standards and recommended practices for international civil aviation. Of critical importance are measures taken to prevent acts of unlawful interference against civil aviation throughout the world.

“From the perspective of what is required of O. R. Tambo International Airport, our mandate is to control access to restricted areas and to screen passengers, hand luggage and hold baggage. Our task is to ensure the safe and secure facilitation of passengers in our airport as it relates to the first level screening of passengers, which includes the use of scanning machines, baggage screening, and trace detection. All this is done in order to ensure passenger safety and we are frequently subjected to independent evaluation,” said Kamal Shivanand, Acting Senior Manager, Aviation Security Services, O.R. Tambo International Airport.

“With the airport being a national key point, all other safety and security measures are the responsibility of the South African Police Services (as mandated by the National Key Points Act) and from a road traffic law enforcement perspective, the EMPD,” further commented Kamal Shivanand, Acting Senior Manager, Aviation Security Services, O.R. Tambo International Airport.

An airport is a complex facility within which many stakeholders operate. Typically, only about 10% to 15% of people working at an airport anywhere in the world are directly employed by the airport company. Therefore efforts in regard to safety and security need to be carefully synchronised. Further, it is important to note that certain key stakeholders are not accountable to airport management in the execution of their safety and security mandate.

“As part of a constructive approach to supporting the stakeholders in the security realm, we participate in collaborative decision making around safety and security. This includes other law enforcement agencies (such as the South African Police Services) being held responsible and accountable for the overall safety and security of passengers and visitors. We also continuously engage the EMPD at our regular meetings on their mandate to implement by-laws and manage road traffic in Ekurhuleni,” said Gunkel-Keuler. 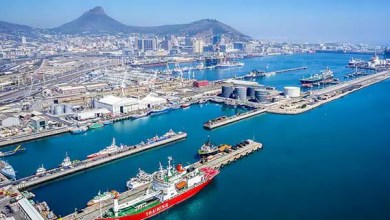