CAPE TOWN, 05 September 2018 – Speaking at the THINCAfrica Conference, which kicked off at the Century City Conference Centre today, the Radisson Hotel Group’s Andrew Mclachlan announced that the Group is gearing up for aggressive hotel expansion in South Africa with a focus on scale in key cities.

“As part of our ambitious five-year development plan, we have identified key cities for scaled growth, three of which are located in South Africa – Cape Town, Johannesburg and Durban. We plan to develop and operate multiple hotels across our portfolio of brands and market segments within each of these cities, increasing our presence in Cape Town and Johannesburg to at least 10 hotels per city and Durban to at least 5 hotels.

“With economic headwinds, we have identified opportunities to exploit our vast knowledge and experience in converting unbranded, underperforming hotels or underperforming office or apartment buildings and reposition them to the right brand and market segment within the Radisson Hotel Group brand portfolio.

“In addition, we are not ignoring the smaller cities and larger towns across South Africa where we’ve identified potential to penetrate the market with either our midscale Park Inn by Radisson brand or upscale Radisson,” said Andrew Mclachlan, Senior Vice President, Development, sub-Saharan Africa, Radisson Hotel Group.

As part of the company’s recent rebranding to Radisson Hotel Group, a new global brand architecture was introduced, leveraging the powerful, international brand equity of the Radisson name to drive awareness in the marketplace and increase marketing efficiency across our global portfolio.

From Radisson Collection to prizeotel, the Radisson Hotel Group offers hotel brands that fit a wide range of travellers and budgets.

“In sub-Saharan Africa, we aim to add a further 50 hotels, of which 65% of our future hotel supply will come from our newer brands, specifically Radisson, which is positioned in the full-service upscale segment, perfectly positioned between Radisson Blu in the upper upscale and Park Inn by Radisson in the upper midscale segments,” said McLachlan. “In addition, we will selectively add a number of key Radisson Collection hotels and grow on the successful opening of RED Radisson in Cape Town in the lifestyle upscale segment of the market.”

In a period of strong growth, the Radisson Hotel Group has doubled its African portfolio within the last four years, and year to date have signed seven more hotel deals and is scheduled to open at least three new hotels across the African continent before year end. This growth has spiked the Group’s portfolio in Africa to almost 90 hotels (18,000+ rooms) in operation and under development across 30 countries.

“Our strategy will most certainly reinforce our presence in South Africa as we continue to focus on delivering on our expanding pipeline,” concluded McLachlan. 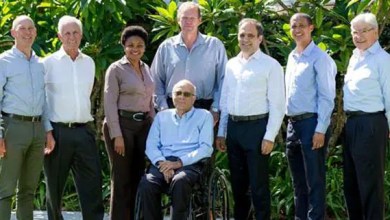