Radisson Hotel Group has announced the signing of its second Radisson RED in South Africa, continuing the brand’s fast-growing African and global expansion.

Scheduled to open in February 2021, the Radisson RED Hotel Johannesburg, Rosebank will arrive and shake up the hospitality industry in South Africa’s largest city. The hotel brings the group’s African portfolio to almost 100 hotels in operation and under development.

“Following our successful opening of Africa’s first Radisson RED in Cape Town, bringing this next generation RED to Johannesburg will support the rollout of future RED’s across South Africa and the region. Rosebank is one of the fastest-growing business precincts in Johannesburg and is regarded as the city’s art district, making it the ideal location for our upscale, lifestyle select-service hotel brand, which presents a playful twist on the conventional. The hotel will be the first internationally branded lifestyle hotel in Johannesburg and our fourth hotel in the city.”

Thinus Crafford, Developer and Oxford Parks’s representative, commented: “The hotel will be located in the 1st phase of Oxford Parks – a unique, holistic urban space designed to uplift and enhance the community and promote a sense of belonging. The Radisson RED will complete phase 1 of Oxford Parks, consisting of 4 commercial buildings, the Radisson RED hotel and ancillary retail on the ground floor of each of the commercial buildings. Oxford Parks offers you an experience where business, lifestyle and leisure are harmoniously integrated. We are proud to announce that tenants such as BPSA, the Life Healthcare Group, Thebe Investment Corporation, ARUP, Metier, Credo Wealth and Sony have decided to relocate their corporate offices to Oxford Parks. All buildings within Oxford Parks will be designed to meet a minimum 4-Star Green Star rating. In Oxford Parks, sustainable technology becomes a lifestyle and not just a passing trend. We are delighted and honoured to welcome to Oxford Parks, both Radisson RED and the investor, RDC Properties Limited, and are confident that soon both will experience and be part of this uniquely compelling urban space”.

“We are thrilled to be partnering with Radisson Hotel Group in bringing the first Radisson RED hotel to Johannesburg, injecting a new life into the district through the hotel’s leading and unconventional concepts,” said Guido Giachetti, Executive Chairman of the Realestate Group future owners of the hotel, via RDC Properties Limited. “This Radisson RED will be a welcome addition to our portfolio of hotels and to our property investments in the Republic of South Africa. As foreign investors based in the SADC region we are pleased to contribute to the growth of this magnificent country through capital inflow and employment creation”.

The new-build, 222-room Radisson RED Hotel Johannesburg, Rosebank will comprise standard studios and suites in bold designs. The hotel will feature the famous Radisson RED food and beverage concepts and social scenes, such as the ‘all-day dining’ Oui Bar & Ktchn. Following the footsteps of its sister hotel in Cape Town, voted the best rooftop bar in the city, Radisson RED Johannesburg, Rosebank will also boast a pulsating rooftop bar and terrace. The rooftop will also include a swimming pool and fitness room, giving guests various options to unwind, all while basking in the vibrant Johannesburg skyline views.

Introducing its distinct and quirky meetings and events space to Johannesburg, the hotel will offer six-event studios, a conference room as well as a large meeting room, each with high-speed Wi-Fi, up-to-date technology and creative spaces to help inspire.

Rosebank is located to the northeast of Johannesburg 4.5km from Sandton and is one of the most popular nodes in the economic capital. Rosebank is connected to the OR Tambo International Airport by the Gautrain, one of the most important mass transportation systems in Africa and the quickest connection between the airport, the hotel and the greater Johannesburg and Pretoria. 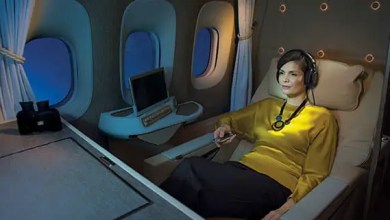