MADRID, Spain, 27 August 2018 – International tourist arrivals grew 7% in 2017, the highest increase since 2010, according to the World Tourism Organization (UNWTO)’s latest collection of Tourism Highlights. Growth in arrivals was echoed by a strong increase in exports generated by tourism, which reached US$ 1.6 trillion in 2017, making tourism the world’s third-largest export sector.

The ‘UNWTO Tourism Highlights 2018 Edition’ shows that international tourist arrivals reached a total of 1,323 million in 2017, some 84 million more than the previous year and a new record. The sector has now seen uninterrupted growth in arrivals for eight straight years. 2017’s growth was the highest since 2010, led by the regions of Europe and Africa, which received increases in arrivals of 8% and 9%, respectively. 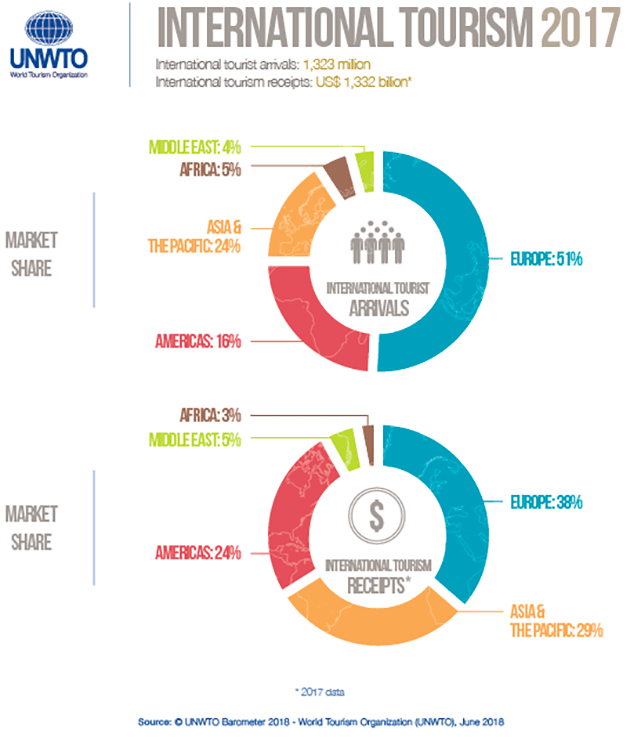 International tourism receipts increased by 5% in 2017. In addition to the US$ 1.3 trillion in receipts that destinations earned, international tourism generated another US$ 240 billion from international passenger transport taken by non-residents. This raised total tourism exports to US$ 1.6 trillion, or US$ 4 billion a day, which corresponds to 7% of the world’s exports.

These strong 2017 results were driven by sustained travel demand for destinations across all world regions, including a firm recovery by those that have suffered from security challenges in recent years. Strong outbound demand from virtually all source markets, including rebounds from major emerging economies Brazil and the Russian Federation, benefited both advanced and emerging destinations. 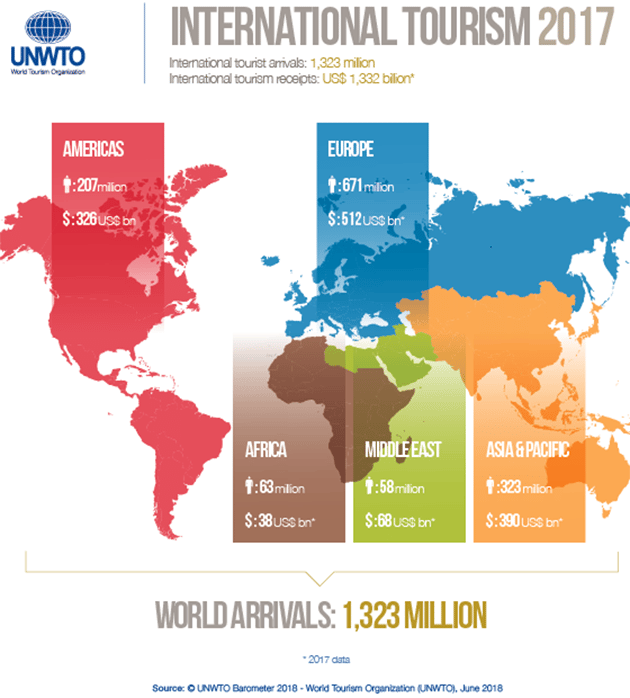 The new report also illustrates that China continues to lead global outbound travel, having spent US$ 258 billion on international tourism in 2017. This is almost one-fifth of the world’s total tourism spending in 2017, which stood at US$ 1.3 trillion, some US$ 94 billion more than in 2016.

Among the top markets and destinations in the world, in 2017 Spain rose to become the world’s second most-visited destination in terms of international arrivals, after France. Japan entered the top ten in tourism earnings in tenth place after six straight years of double-digit growth. The Russian Federation re-entered the top ten of world spenders at eighth place.

Available data for early 2018 has since confirmed international tourism’s continued strong growth, with a year-on-year increase of 6% in arrivals between January and April. 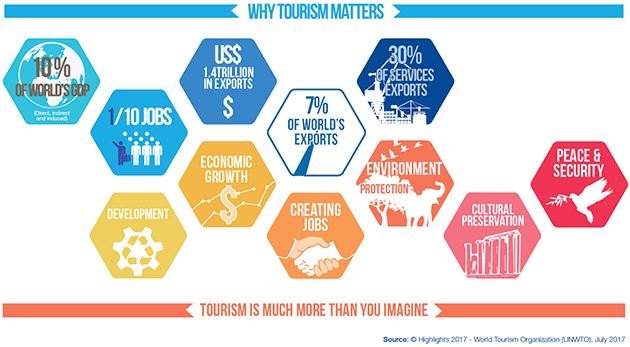