Already a proven winner as a soccer coach for under-12 and under-14 boys, Tsogo Sun Soccer Academy Coach Londiwe Hlatswayo has taken her winning streak up a notch and won the gsport Volunteer of the Year Award.

“No words can explain how I feel. I am grateful to the Tsogo Sun Academy for believing in me and I’m looking forward to working further with the academy. The programme is reviving my life and I will be doing more to give back to my community and my whole country South Africa,” says a thrilled Londiwe Hlatswayo

gsport was launched in 2006 to raise the profile of South African women in sport, and to encourage corporate South Africa to back its female athletes. The annual awards ceremony was held on 14 August and women were celebrated for their contribution to sport across a range of categories.

Hlatswayo joined the traditionally male-dominated ranks of soccer coaching by default. She had always been a netball coach, but when she moved to Khaselihle Primary School in Kagiso on the West Rand in 2012, there was no place for another netball coach. She coached athletics until the season ended and then turned to soccer with the Tsogo Sun Soccer Academy.

To ensure sustainability of the Soccer Academy, coaches are sourced from among the teachers in the participating schools and are then given the opportunity to become qualified coaches through a programmes partnership with the South African Football Association (SAFA). Hlatswayo attended training and quickly acquired a knowledge of the sport, achieving her qualification as a level one SAFA accredited coach. With a constantly growing strategic understanding of the game, her under-12 and under-14 teams fast became winners in their events and tournaments.

The learning curve was steep but Hlatswayo’s passion for sports and her tenacity and commitment to creating an environment that fosters community support and respect for the students, the game and the coaches, quickly took her to the top of her game.

“We’re immensely proud of Londiwe, but not surprised that she has achieved this prestigious award from gsport. She is a winner, not only because of her firm grasp of the game and her ability to inspire and motivate our young soccer players, but also because of her commitment as an educator and to soccer as a unifying force in a community is inspiring,” says Shane Collinson, General Manager of Silverstar Casino.

The Tsogo Sun Soccer Academy is designed to promote healthy living for youngsters, as well as a life-long participation in sport, in line with government’s vision. In the programme, soccer is used as a medium to deliver life-skills, leadership, and healthcare training, while also reinforcing the importance of education to young learners. The Academy operates in 35 schools in Kagiso on the West Rand, working with 20 teachers and more than 1000 learners.

Hlatswayo shares the Tsogo Sun Soccer Academy belief that sport is a tool for transformation that can enhance a learner’s life and encourage a positive mindset with the potential to produce a well-rounded individual.

Shanda Paine, Group CSI Manager of Tsogo Sun says, “Londiwe is an inspirational coach who has brought a welcome woman’s touch and a new perspective to the game as well as to the Tsogo Sun Soccer Academy. This has allowed for growth within the programme and a new understanding of how sports can be a catalyst for student development. Through Londiwe’s focus on communication, talent and skills development, it has been great to see the progress into thriving teams that rival the male-dominated coaching arena.”

Tsogo Sun’s portfolio includes over 90 hotels and 14 casino and entertainment destinations throughout South Africa, Africa, the Seychelles and Abu Dhabi. 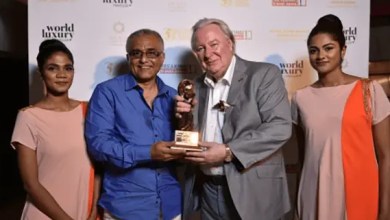 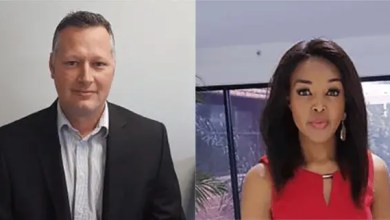