The Federal High Court in Lagos has issued an interim injunction against Xiaomi, whose Mi branded mobile devices are currently available in Nigeria from various retailers.

The Federal High Court has ruled in favour of African Mobile Devices brand ‘mi-Fone’ as the original holders of the mi trademarks in Nigeria since 2008.

“Established in 2008, mi-Fone was the first African mobile device brand, and from day one the company had duly registered the mi trademarks in the relevant categories,” says Alpesh Patel, Founder of mi-Fone.

“We are an African brand and believe it is our duty to small business in Africa to stand up for our rights against the giants of this industry, no matter how daunting the process. If Xiaomi had done proper due diligence on Africa they would have noted that the mi brand already exists and belongs to mi-Fone,” comments Patel.

Lawyers acting for mi-Fone – L&A Associates – stated, “Based on the recent Court ruling, anyone selling Xiaomi Mi branded devices or accessories or any company selling similar sounding products within the Telecoms sector is required to remove such products from their shelves and to desist in further promotion of such products.”

Xiaomi is the fifth largest Smartphone vendor in the world. Its ambitions include entering the lucrative African market.

“We are not averse to competition, however the use of the same brand name, which was introduced to the African market eight years ago, places our business at risk . We simply cannot afford to create confusion within the consumer mindset by having two mi branded and yet separate mobile device offerings,“ says Patel.

He continues, “We recently launched a range of products under the sub mi Tribe brand with Konga, and Nigeria has and always will be a key market for mi-Fone. We may not be the biggest but we remain committed to delivering ‘aspiration within reach’ to the people of Nigeria.

We are a proudly African brand and believe that this injunction is a victory for small business and for African brands fighting to make their presence felt amongst the large non-African brands constantly entering the continent with far greater resources at their disposal.”

About mi-Fone
mi-Fone, founded by Alpesh Patel in 2008 is the first African Mobile Devices brand. The company was born out of the thinking that big brands were missing the point and that ultimately Africa was best served by Africans themselves.

mi-Fone is driven by a passion to empower and educate mass market African consumers with access to the Internet, as well as the use of devices as an information gateway.

By placing millions of low cost feature and now smartphone handsets into the hands of the average African consumer, mi-Fone will realize its dream in enabling a whole continent to become productive and in turn to become more prosperous.

In its 7 year history mi-Fone has been the recipient of many industry accolades including the 2014 Frost and Sullivan “Mobile Entrepreneurial Company of the Year Award”. 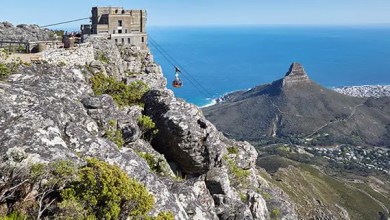