School days were a dim and distant memory for soccer coaches Gift Mokguo and Sammy Magalefa, both with the Tsogo Sun Soccer Academy on the West Rand, when they were urged to go back to book learning and obtain tertiary qualifications. They did, and in 2016 they qualified with certificates in Sports Management from Boston City College.

Their motivation for embarking on tertiary education was primarily the value it would add to their work at the Tsogo Sun Soccer Academy, which involves extensive management and administration, as well as coaching, but they also realised that they needed to set a good example to their young players – that education is vitally important to successful futures, and that studying hard is essential.

Mokguo heads the Tsogo Sun Soccer Academy and coaches the U19 division. He has been with the Tsogo Sun Soccer Academy since it started in 2010 when he met the team from Tsogo who discussed the idea of establishing a soccer programme with a strong focus on life skills training, in the West Rand. He joined the group and the academy was launched, initially with U13 and U15 divisions; U17 and U19 were subsequently added.

The Tsogo Sun Soccer Academy is sponsored by Silverstar Casino, and since 2010 has worked with hundreds of learners from more than 40 primary and secondary schools from Mogale City that participate in the School League. The Academy also includes a talent development programme consisting of players from across all the schools in four teams – U14 / U15 / U17 / U19 – that have participated in the highly competitive Soweto Football Association League and more recently joined the SAFA Gauteng League. These are the strongest players who show the greatest potential in the game as well as strong off the field discipline and commitment.

Sammy Magalefa had an auspicious career as a soccer player that started in Mapetla in Soweto at Seana Marena Secondary School and has included playing for Wits University, SuperSport United, Jomo Cosmos, a club in Greece, and in 2003/2004 for Bafana Bafana. His playing career came to an end in 2008 following an injury. He joined the Tsogo Sun Soccer Academy in 2012 as a volunteer coach and was employed as the U17 coach in 2014.

The team at Silverstar Casino recognised the value that both coaches were bringing to the academy and urged them to consider studying further at Boston City College, sponsored by Tsogo Sun’s CSI programme. They started the 12-month course at the beginning of 2015 and qualified in 2016, both doing well and achieving distinctions in several of the modules.

The course included word processing, spreadsheets, Sociology of Sport, Sports Medicine and Injuries, Sports Marketing and Sponsorship, Club Management and Administration, Coaching and Training, Sport Psychology, Sports Nutrition, and Sports Event Management. Mokguo’s distinctions were for the computer courses and for Sports Medicine and Sports Nutrition. Magalefa’s were also for the computer course, and for Club Management, Sport Psychology, and Sports Marketing.

“We were just coaches before, but now we are much more – we are managers,” says Mokguo. “We are more professional in how we run the academy, in our planning, organisation, and administration – and we are able to better represent Tsogo Sun.”

Magalefa adds that the course has also enabled the coaches to better connect with their players, recognising issues and emotional problems and being able to help the players deal with them. “We also have more confidence in what we are doing – so much of our work is now more efficient and effective.”

Both also believe their achievements will inspire others – coaches and players – to study further and achieve valuable qualifications. There was nothing easy about the course, they say, as their responsibilities at the academy and as family men continued unabated. Mokguo points out that he started the course at the advanced age of 42 and is extremely proud of his qualification. Magalefa, who was 37 when he did the course, and has two small sons, laughs as he recalls that often the only place he could find peace and quiet to study was in the bathroom.

“We need to say thank you to Tsogo Sun for this opportunity and for believing in us. We know that it is helping us run a better Tsogo Sun Soccer Academy, but we also know that these qualifications will make a difference to our future careers and inspire the young players,” says Mokguo.

Enhance your China travelling experience with these handful tips! 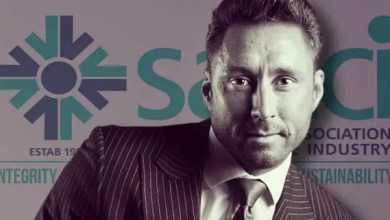