Last week Statistics South Africa released the latest official tourism figures showing that South Africa welcomed a total of 4 423 165 tourists from January to May 2018 compared to the 4 308 358 tourists that visited South Africa during the same period last year. 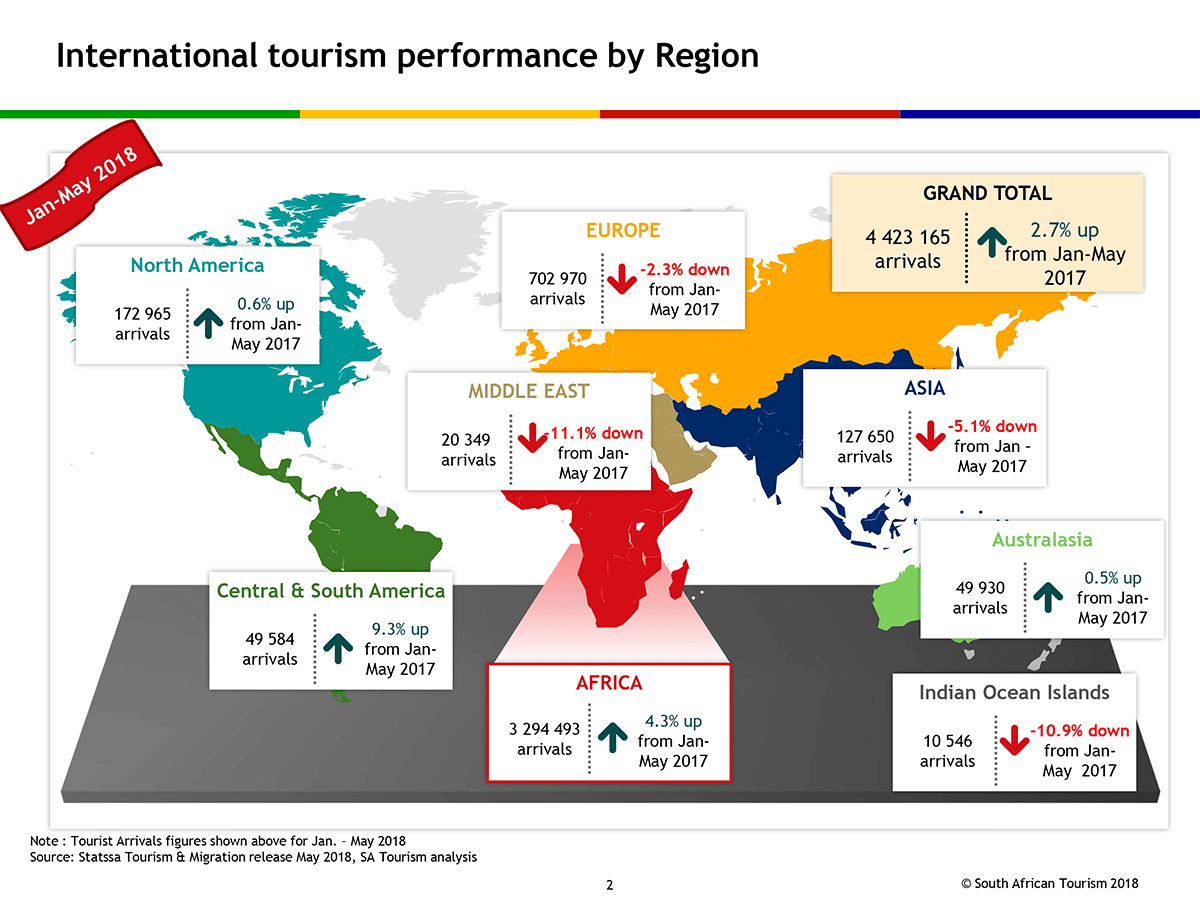 Africa continues to be the biggest contributor of tourist’s arrivals with a noticeable increase of 39.2% increase in the number of Angolans visiting South Africa during the month of May 2018 compared to the same period last year.

This increase can be attributed to the visa waiver which came into effect in mid-December 2017. A combination of concerted marketing efforts and investments including deal-driven campaigns, outdoor campaigns, South Africa’s diverse tourism offering and experiences as well as big events contributed to growth in tourist’s numbers coming from other African countries with Zimbabwe growing by 5.8%, Mozambique by 3.6%, Malawi grew by 1,573 (12.2%) to 14,477 and the Democratic Republic of Congo by just over 35%.

“We are so pleased to see the growth in the number of visitors coming from the various countries of our continent. These are however more than just numbers. These represent the results of the all-important partnership that we have in-market. Through these partnerships and various other marketing efforts, we have extended an invitation and we stand ready to welcome even more tourists from the rest of the African continent,” said Ntshona.

The Americas saw growth driven by the South American markets with Argentina growing by a phenomenal 30%, Brazil growing by 5%, and Chile by almost 7%.

“We have seen the positive effects of the removal of barriers on the tourism industry. We are therefore excited by the possibilities that lie ahead with government’s reaffirmed commitment to bolstering tourism through destination marketing and reducing regulatory barriers, as articulated in President Cyril Ramaphosa’s State of the Nation address,” said Ntshona.

South African Tourism is almost 18 months into its “5-in-5” strategy to attract an additional five million tourists in five years, by 2021, made up of four million more international arrivals and one million more domestic holiday trips. 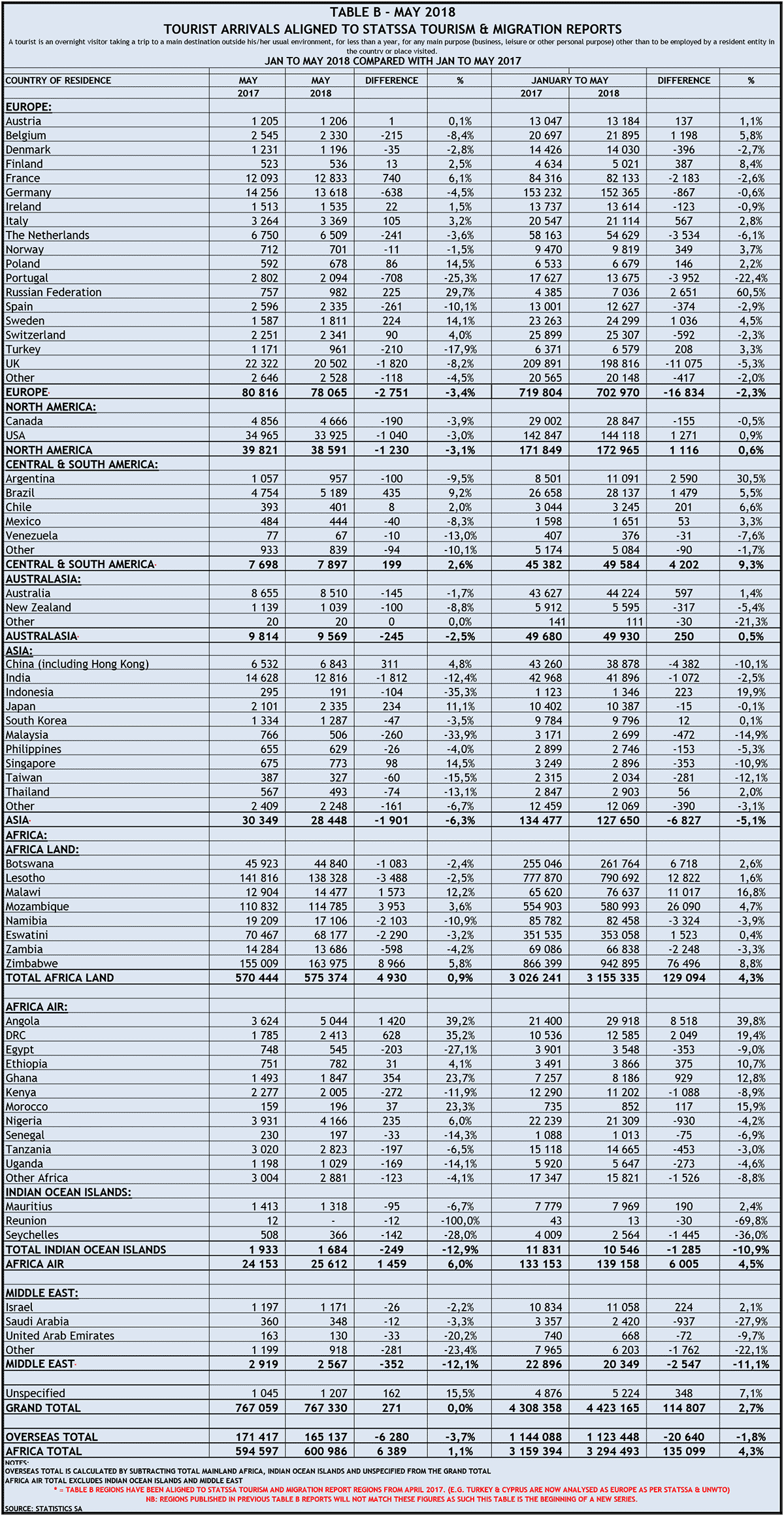 WTM 2013 To Be Opened by Sir Stuart Rose