With his creativity firmly rooted in the kitchen, the Executive Sous Chef at Southern Sun Elangeni & Maharani’s Grill Jichana restaurant says he drew his gastronomic inspiration from local influences. However, Naidoo- who joined the iconic beachfront hotel in 2013- prefers not to define his cooking style, saying “it continually evolves”.

“My culinary training is classically French but I incorporate elements of modern South African influences into my dishes,” says Naidoo.

Lured into the kitchen as a child, Naidoo fondly recalls spending hours cooking with his grandmother at their humble Stanger home, which he says ignited his passion for food. But it was his bold decision to forego a career in psychology to pursue one as a chef that kick started his culinary journey.

“I have always been drawn to the kitchen but it was only while studying that I realised I wanted to become a chef. My parents, who were extremely unhappy with my decision, made it clear that I would do so at my own cost. They refused to assist me financially,” Naidoo explains.
“Determined to pursue my dream, I registered for the Catering Management programme at the former Durban Institute of Technology and it set me on the path to mastering my craft.”

Just three years later Naidoo’s perseverance and hard work paid off, earning him training within the Red Carnation Hotel group in the United Kingdom for a period of six months.
“Of the four students who were awarded this opportunity, I was the only one who remained for the full duration of the learnership programme. Although I was due to return to South Africa to share all I had learnt with my colleagues, the hotel group offered me employment and I continued to work at the company for a further three years,” says Naidoo.

During his 12-year career in the hospitality industry, Naidoo has gained invaluable experience under the mentorship of renowned chefs and has even served international supermodel, Naomi Campbell.

Despite the demands and fast pace nature of the hospitality industry, Naidoo notes that the environment was equally rewarding.
“It is also extremely gratifying seeing guests take pleasure in their meals, knowing that my team and I were responsible for preparing their dishes,” he adds.

Naidoo’s passion for food extends beyond the impeccably crafted dishes, which never fail to satiate his guests’ palettes. He is equally passionate about social investment within the hospitality industry and is currently championing an initiative to make hospitality skills accessible to disadvantaged youth.
“I am currently working towards launching a non profit organisation to equip underprivileged children in Stanger with the necessary knowledge and skills to gain a head start in the hospitality industry,” explains Naidoo. 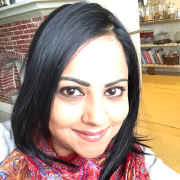 BlackBook Events & PR, a Durban-based public relations, events and marketing agency offers the highest level of personal and creative strategic planning and service for local & international brands. BlackBook Events & PR creates attention-grabbing media campaigns and each signature campaign reflects our individual focus on our client’s unique needs, desires, personality and imagination. Leveraging our close working relationships with key editors of print, broadcast and online media, we are able to secure strategic coverage in national and regional press outlets to heighten both consumer and trade awareness of our clients’ offerings. We believe that the foundation of a successful public relations campaign is strong media relationships. With the owner as a former senior journalist for the country’s leading newspaper, SUNDAY TIMES, BlackBook Events & PR has an impressive network of top editorial contacts across a broad range of media outlets while keeping our fingers on the pulse of new and emerging media resources to complement a client’s overall campaign. This allows BlackBook Events & PR to provide invaluable media saturation across the country, no matter where the client is based.