Kempton Park, 22 June 2017 – The management of O. R. Tambo International Airport (ORTIA) is advising passengers departing from the Johannesburg airport to allow for delays and longer travelling time to the airport due to a protest by taxi operators starting this morning that may disrupt access to the airport.

The Gauteng Metered Taxi Operators Committee (GMTCO) yesterday notified management of Gautrain that it would be marching to the company’s offices on Thursday morning. Airport management understands that the protestors will gather in the vicinity of O. R. Tambo International Airport and shopping malls on the East Rand by 9 am and proceed to the Gautrain head office in Midrand. The GMTCO expects to arrive in Midrand between 10 am and 11 am.

Routes that are expected to be affected include:

“We are staying in close contact with the metro authorities and the South African Police Service in order to keep the routes into and out of the airport open,” says Leigh Gunkel-Keuler, spokesperson for O. R. Tambo International Airport.

“However, protest action of this nature is not entirely predictable and passengers scheduled to depart from the airport on Thursday should make every effort to give themselves more time to get to the airport,” she says.

ORTIA also advises passengers travelling to the airport today to follow news updates on the protest action to ensure that they are aware of potential delays. Where possible, passengers heading for the airport should use public transport such as buses and the Gautrain. 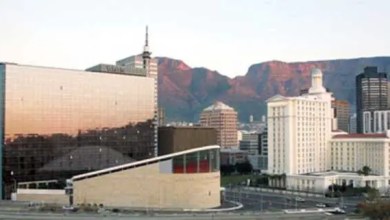