More than 200 Tsogo Sun Moves for Life chess teachers from disadvantaged schools around Gauteng took a well-earned break from teaching last week on 20, 22 and 23 October to participate in the 2015 Teacher Tournaments and Award Ceremonies at the group’s three sponsoring casinos – Silverstar, Gold Reef City and Montecasino respectively.

“We’re extremely delighted at the success of the Tsogo Sun Moves for Life chess programme, which this year saw several of our learners taking part – and some doing rather well – in the SA Junior Chess Championships in Kimberley, but it’s also being used as a tool to equip teachers to master maths concepts, which in turn is helping children to master the basic building blocks of maths in a fun and incidental way,” explains Shanda Paine, Tsogo Sun’s head of CSI.
The teacher tournaments and awards ceremonies were held in recognition of the essential role the TSMFL educators play in ensuring the success of programme and to honour them for the dedication, passion and hard work that they invest in the programme.

Adds Paine, “The tournaments were an opportunity for the teachers to show off their chess knowledge and prowess – all in the name of fun and good sportsmanship!” Included in the fun was a Pawn Soccer Tournament (playing only with the pawns and king) and Knight Tour (where the player capturing with the least moves was declared the winner).

At the awards ceremonies following the tournaments, teachers who have successfully completed all four of their MiniChess Level 1 training sessions were presented with a certificate. In addition, teachers and groups of teachers were awarded for their initiative and creativity in integrating the in-class chess programme with their daily CAPS (Curriculum and Assessment Policy Statement) lessons, for their dedication to the programme, and for their commitment to using the programme as an educational tool in class.

“The general feedback from both educators and learners on the success of the TSMFL programme is very positive and educators have said that they have gained more self-confidence in conducting their daily lessons,” says Paine. Several educators admitted to being wary of the programme at first because they didn’t know the game of chess, but they overcame that as the TSMFL tutors and trainers consistently helped them gain an understanding of the game and a confidence in the programme.

Educators have stated that they can see real benefits in their classrooms, saying that learners love the programme and are enthusiastic and motivated about it. They have also noticed that learners’ attention spans seem to have improved, that social and listening skills have improved, and many teachers have suggested that it becomes part of their curricula as it has a bearing on their other work.
“We certainly could not run a successful chess programme without the wholehearted support from the educators – and we’re delighted to be able to spend time with them, having fun with chess and acknowledging their contribution to the programme, and of course to the learners’ lives,” says Paine. 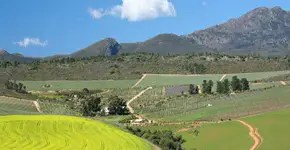