Recently, game rangers from Tintswalo Safari Lodge raised R33 000 to contribute to the cost of DNA sampling and the safe dehorning of a number of rhinos in the Manyeleti. Undertaken by the Mpumalanga Tourism and Parks Agency (MTPA), the pre-emptive removal of a rhino’s horn in a safe, controlled manner is one of the drastic, but highly effective conservation management tools applied to deter poachers. Children from the nearby Cottondale Primary School and Dayimani High School, as well as Tintswalo guests had the opportunity to participate in this important conservation and anti-poaching initiative. The project was a collaboration between the MTPA, the Greater Kruger Environmental Protection Foundation (GKEPF), GRU-Wing, Flying for Freedom South Africa and Tintswalo Safari Lodge.

It is Tintswalo’s mission to engage and work with local communities by raising conservation and environmental awareness through educational campaigns, training workshops and participation in environmental and rhino campaigns in the area.

Tintswalo Safari Lodge plays an important role in creating awareness amongst guests and international tourists who visit the area and has facilitated generous donations from philanthropic individuals towards various anti-poaching programmes.

Other ongoing initiatives include an awareness programme in conjunction with the local communities in the region, private companies and government departments. The project sets out to develop and educate the youth to protect our precious natural resources by creating an understanding of the relationship between the game reserve, eco-tourism and lodges, South Africa’s natural heritage, the community and jobs – to have a sustainable future for all.

To date, the programme has reached about 2500 school pupils from the 19 communities surrounding the Manyeleti. Once a week, Tintswalo Safari Lodge collects 12 school children and their teacher and drives them to the Manyeleti Game Reserve where they are treated to lunch and a game drive safari experience. Some children have never seen the wild animals that they live so close to, and many have never been inside the game reserve where so many of their parents work. After the game drive, the children are guided through a workshop about rhino conservation, the rhino poaching crises and the link between the tourism industry and tourism jobs. Each child receives a certificate of achievement as an anti-rhino poaching activist, before they return to school.

More about the rhino poaching crisis in Africa

South Africa has by far the largest population of rhinos in the world and has a very important role to play in global rhino conservation. From 2007-2014 the country experienced an exponential rise in rhino poaching – a growth of over 9,000%. In the last decade, 8,889 African rhinos have been lost to poaching. In August 2019, the Department of Environmental Affairs announced that, despite increased anti-poaching initiatives, 318 rhinos had been poached in the first six months of the year. Most illegal activity occurs in Kruger National Park – 19,485 km² of protected habitat on South Africa’s north-eastern border with Mozambique. Kruger consistently suffered heavy poaching losses, and so in the last few years the government and international donors have channelled ever more funding and resources into securing the Park. Although it is encouraging to see South Africa’s poaching levels drop, the losses are still extremely high. A rise in incidents outside Kruger National Park also points to the growing sophistication of poaching units that are gaining a wider geographical coverage and, it would seem, expanding their operations across borders. Poaching syndicates are well-equipped, highly-organised and dangerous – they use helicopters, machine guns, veterinary immobilisation drugs and other sophisticated methods to stalk rhinos and kill them, taking their horn and selling the horn. 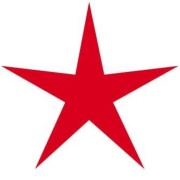 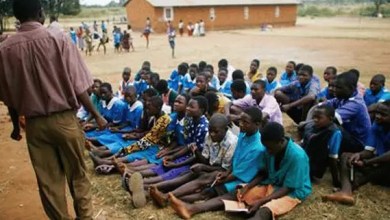