Statistics on the effectiveness of online video to promote travel and tourism products show that with the right optimization, video will increases the chance of a front-page Google result by 53x. According to Google 68% of business travellers watch travel-related videos online. Among those, 68% are thinking about a trip, while 46% of personal travellers watch travel-related videos, vs. 36% just two years ago.

What is Depth of Field?

DOF is the area in a scene or photo that is not the focal point of the image, but still seems as if those objects are in focus.

The graphic above gives an exemplary explanation of DOF for different types of cameras. With the same shot in mind, all cameras are 5 feet away from the object and have the f-stop set to 2.8. The focal length of the lenses for each camera are shown in blue numbers. (The subject is framed by each camera in the same way)

The most apparent difference between video shooting and 35mm film shooting is shallow and deep DOF. Most people think this difference is a progressive scan or 24fps. If we have a scene of a building with a person standing in front of it, a video recording would capture this in good focus. Where a 35 mm film shot, would get the person’s face in great detail, with the building in the back blurred.

Another way to describe this is selective focus. Film makers utilize this technique to keep the main subject as the focus of the viewers.

Target size, the CCD chip size or film frame is the only difference between these cameras.

By zooming in and moving your camera back you can slightly imitate selective focus. The depth of field will stay the same (as the image below portrays), but many people incorrectly believe that in changing the focal length, the depth of field changes as well. Distances may be shortened by using a zooming feature, which can also pertain to depth of field. The image may seem to look like it is losing depth, which therefore makes it look flat.

With the same three cameras with an f-stop of 2.8, being used above, each are zoomed closer and moved a farther distance away. This is so that on the viewfinder, the subject may look the same. The focal length does not change the DOF, contrary to what people may believe. Depth of field only relies on the f-stop or aperture. But with perspective, you can practically shorten the DOF by being a longer way away from the object. With a zoom-in, it may appear to create a more shallow depth of field, but the image will look less deep as the other distances shorten.

What is the Bottom Line?

With a video camera, it’s nearly impossible to create a depth of field of a 35mm camera, except for when you are able to change the CCD of the chip (target size).

So with your video camera, are you are wondering how to change the target size? It is very clear that changing the CCD is not the way to do this. But with a unique technique coming from telecine devices, you can achieve a change of target size. Telecine devices are simply the parts that change the film into video. By integrating the 35mm lens and the telecine directly, you can disregard the film aspect.

Yes, as with many other devices this technique will work. A glass with a flat, matte finish (or ground glass) is a necessity to cast the image so we can shoot the image from the opposite side with our video camera. A ground glass, at a 35mm frame size, will somewhat show it’s grain. However, if we can obtain a very modern, thin ground glass, we might be able to eliminate that grain. But with the help of laboratory devices used for optometry, that use ground glass for production, we can shake or turn the glass so that maybe our camera will not see the grain.

With the image being projected on the ground glass upside down, this could pose a major issue with this layout. Every video or photo lens will project a reflected image, but due to the electronic aspects of the camera, it will cause the image to flip. With the camera lens and the 35mm lens we have a total of two lenses, which will in turn, make the projected image upside down as well. And not only that, but the image will be horizontally opposite too because we are acquiring the image from the back. If you would like to solve this horizontal image problem, you can always flip the camera upside down and receive just a horizontally flipped image. (You might even gain the attention of some potential friends or start a new fad with your upside down camera) Or in post-production, you can turn it the right way.

Turning the Image the Right Way

It would be a pain to try to turn the image to the correct position before the camera actually shoots the image. In order to flip it vertically, you would be required to use a mirror. And to flip it horizontally, a pentaprism or a pentamirror is what you would need. This is beyond most home improvement people, especially because these things aren’t very easy to come across, even in a Home Depot or Walmart.

So we will flip it in post-production, for our design. By adding a mirror and small hood to a camera’s LCD screen, you can easily forget about the flipping for now because you would be able to see the correct image while trying to capture it.

For more information on film and video production visit http://sigma-rumors.com/depth-of-field-guide/ 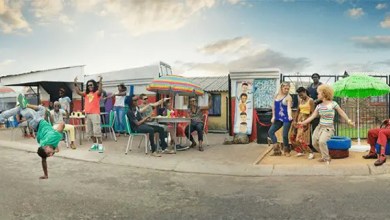 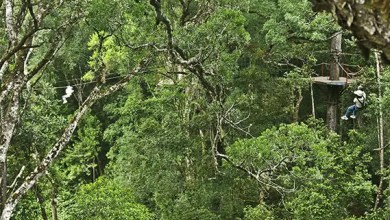